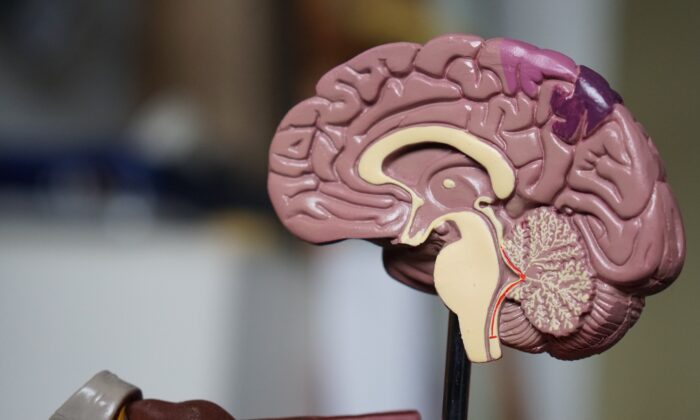 The Idea That We Can Treat Undesirable Behaviors

In an otherwise excellent article about the failure of the Biden presidency (which even Democrats recognize, inasmuch as they don’t want him to stand again), the writer Jim Geraghty voices one of the most prevalent superstitions of our time. He says:

When I read this, I thought of the famous (and brilliant) remark of Sigmund Freud’s Viennese contemporary, the satirist Karl Kraus: psychoanalysis, he said, is itself the disease it claims to cure.

Certainly, this has been my experience of analysands, those who have paid someone for years to listen to (or go to sleep while apparently listening to) the minor fluctuations of their consciousness, fluctuations that make a novel by Virginia Woolf seem like a literal account of Armageddon. They become self-obsessed, supersensitive, and even paranoid: They start to wonder what you really mean, usually something very sinister, when you say “Good morning” to them. In short, they become boring. They waste their intelligence (which is often considerable) on trifles: And wasted intelligence is worse than natural stupidity.

The idea of mental health seems to me to exert almost as baleful an effect on people as psychoanalysis. There was a time, not so very long ago, when the idea of “mental hygiene” was popular, as if the mind were some kind of water closet down which one poured psychological disinfectant when it got blocked. A hygienic mind was one in which no untoward thoughts, no illicit or secret desires, arose or even could arise. The proponents of mental hygiene dreamed of a world in which the bland led the bland.

Fortunately, no such world is possible: Man is too refractory to good sense, as defined by others, ever to be ruled by it. But the idea of mental hygiene lives on under a new appellation, namely mental health. And when one looks into the “Diagnostic and Statistical Manual of Mental Disorders, Fifth Edition” by the American Psychiatric Association, the checklist by which doctors make diagnoses in order to be recompensed by insurance companies, one finds that almost no one on this earth is without a plausible diagnosis or two in his case. Certainly, if one adds up the upper estimates of the prevalences given for all the various disorders described in the Manual, one arrives at the conclusion that the average person in the Western world suffers from about two and a half psychiatric disorders a year. Of course, some will suffer more and some fewer; but it’s probable that very few will suffer from none.

This is all without the addition of disorders yet to be described, rather like new species of beetle in the Amazon jungle; and if it were taken seriously, it would entail practically the entire population occupying itself reciprocally caring for the mental health of the entire population, everyone taking in everyone else’s mental washing. There would be no time for anything except therapy.

Let us take the particular case of the presumed culprit of the Highland Park shooting. He was clearly peculiar and seemed to want to advertise the fact. No doubt I shall be accused of prejudice, but if I had the choice to employ someone who looked exactly like him and someone who looked exactly like him but without the tattoos, I would choose the latter.

Appearances, however, can be deceptive—in both directions—and it’s all too easy to jump to false conclusions. The fact is that, whatever peculiarity of appearance, background, or conduct you care to take (and, of course, similarities can only be approximate, given the infinite variability of human life), there will be many such persons who never commit the act you wish to prevent. All mass shooters may have characteristic x, but not all people with characteristic x will be mass shooters. In fact, mass shooters being very rare, most of them will not be.

In any case, people with characteristic x are unlikely to seek help or assistance. The person with characteristic x does not see it as a problem, at least until he’s forced, say by the courts, to do so. Most people are normal to themselves, however abnormal they seem to others—and indeed, however abnormal they actually are. We, who are comparatively normal, sometimes have difficulty understanding how others, who at first sight appear as normal as we, do not share out tastes and opinions. How could anyone listen to rap music when he could be listening to Schubert?

Then again, there’s another problem: the assumption that for every psychological peculiarity that we deem undesirable, especially in others, there’s an equal and opposite form of “treatment” that will neutralize it. With appropriate treatment, the listener to rap music will become a devotee of Schubert.

This view was, in fact, the theme of Anthony Burgess’s great book “The Clockwork Orange.” He wrote it during the high tide of behaviorism, when many academic psychologists regarded Man as a glorified laboratory rat: If you provided him with the right stimulus, either positive or aversive, that is to say a food pellet or an electric shock, you could mold him to exactly your desired specifications. Who was to do the desiring, of course, was less clear; and Burgess was writing against the notion that behavioral technology was either possible or desirable if attempted.

The high tide of behaviorism has passed, I need hardly say (no one now electrically shocks homosexuals to try to turn them heterosexual). But the idea that we have advanced greatly in human self-understanding such that we can now avert, control, or eliminate all behavior that we find undesirable lives on—in fact, it seems sempiternal. Thirty years after “The Clockwork Orange,” for example, a best-selling book, “Listening to Prozac,” was published in which it was claimed that the age of designer neuropharmacology was upon us, such that we should be able to design our own personalities with pills, much as a chef tweaks his recipe with a little tarragon or paprika.

All this is absurd: probably less rational, and certainly less effective, than the bone-throwing of the African witch-doctor. It may well be, in fact, that the very idea that for every kind of undesirable behavior there’s an equal and opposite technique to overcome it helps to spread that behavior, for it places the onus on others to control it by technical means.

I don’t claim to have the solution to the problem that Geraghty raised; but I’m fairly certain that no expansion of so-called mental health services will make any difference—at any rate, not for the better.