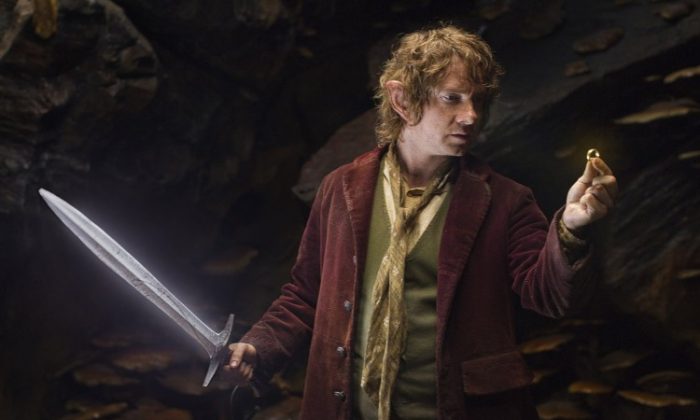 ‘The Hobbit There and Back Again’ Release Date Pushed Back? Nope, Rumors Aren’t True

Rumors that “The Hobbit There and Back Again” release date could be pushed back–of that the movie could be canceled entirely–because of an impending lawsuit are false.

The rumors stem from sensationalist reports about the litigation between Peter Jackson and the Weinsteins. The Weinsteins claim they are owed money for the second and third installments of the film, which Warner Bros says is not the case.

The debate is currently in court, and some reports are claiming that if certain rulings are made, the third “Hobbit” movie could be pushed back or even canceled.

However, Douglas Kane, a lawyer, wrote on the OneRing blog that these reports, which stem from a Radar Online story, aren’t true.

“This speculation is not based on any actual facts,” he wrote. “The only ‘evidence’ they point to is the fact that the release date of There and Back Again had previously been changed from June to December 2014 (even though that had nothing to do with this or any other litigation), and to the litigations involving the Tolkien heirs, though they conflate the previous case, which had threatened to scuttle the Hobbit films, with the current case, which does not.  This story then got picked up by numerous other online sites, all of which simply repeat or refer to the Radar Online ‘story.'”

So, Lord of the Rings fans can breathe easy. And patiently wait until December 17, 2014, when the release date is scheduled for.