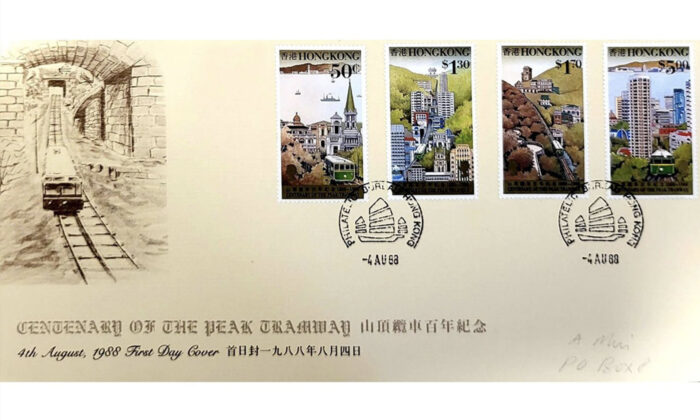 Since the operation of Peak Tram in 1888, its carriages have gone through six generations, and each era has different characteristics. The picture shows the first day cover designed by Alan Cheung to celebrate the centenary of the cable car (1888-1988). (Courtesy of Alan Cheung)
Feature

The History of the Peak Tram in Hong Kong

The Peak Tram is a funicular railway in Hong Kong, which carries both tourists and residents to the upper levels of Hong Kong Island. The Peak is the highest mountain on Hong Kong Island, which is the perfect retreat from Hong Kong’s scorching summer heat.

As earlier as 1868, houses were built on the Peak, residents reached their homes by sedan chairs, which were carried up and down the steep slope from Central to Victoria Peak. This limited development of the Peak until the opening of the Peak Tram funicular in 1888.

Since the operation of the Peak Tram in 1888, its carriages have gone through six generations of development, and each era has different characteristics. Alan Cheung, a well-known collector in Hong Kong, shared some of his collections of Peak Tram postcards and photos with Epoch reporters.

The First Generation of Peak Tram

The second Generation of the Peak Tram

The Sixth Generation of Peak Tram