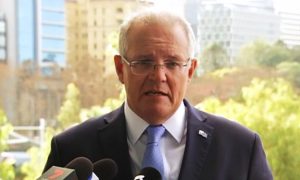 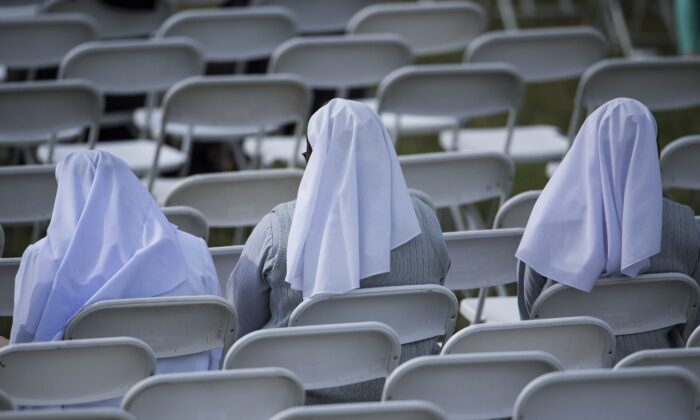 NEW YORK—As a growing number of Roman Catholic dioceses across the United States investigate child sex-abuse claims against clergy and are releasing the names of priests accused of such crimes, another hidden problem has begun to surface—nuns who sexually abuse children.

At least 20 local, state, or federal investigations, either criminal or civil, into church clergy have begun since a Pennsylvania grand jury report released in 2018 detailed abuse by priests. But while those investigations could potentially lead to the release of even more names and accusations, victims’ advocates told The Epoch Times that religious orders should start listing the names of abusive nuns as well—a far less-reported problem, with fewer concrete statistics.

BishopAccountability.org, a Massachusetts-based nonprofit corporation that tracks cases of sexual abuse by clergy members, has identified over the years “a little over 100 known accused nuns,” Terry McKiernan, the founder of the website, told The Epoch Times. Its database, meanwhile, has tracked more than 6,000 accused priests across the United States.

“The numbers are fairly small, but that’s the number that is known,” McKiernan said, referring to the number of publicly accused abusive nuns. “Its a matter of some debate how big the problem actually is.”

Some of the names of the nuns are incomplete because the alleged victims couldn’t recall, according to a list of the names published in August. More names have since been added to the database that don’t appear on the list. The alleged victims are from across the country and come from a wide array of different religious orders.

McKiernan said most of the nuns his organization identified were accused of abuse “between the 1960s and the 1990s.” One group of accused nuns that stood out came from an orphanage in Louisville, Kentucky, where McKiernan said they saw the “highest concentration” of abusers in the database.

The Epoch Times reached out to Catholic League, the nation’s largest Catholic civil rights organization, for comment but didn’t receive a response by press time.

Mary Dispenza, a director at the Survivors Network of those Abused by Priests (SNAP) as well as the contact person for those abused by nuns, told The Epoch Times she was approached by 85 alleged survivors of misconduct by nuns during the past two years in the role.

“That’s just a teeny, tiny figure of the number that we think is a possibility,” Dispenza said, adding that a support group has formed that meets with the survivors monthly on the internet.

Only one of the cases that Dispenza heard about filed suit and reached an agreement that was satisfactory. In other cases, some survivors who were nuns themselves told their religious communities about the abuse and the superior removed the nun to what Dispenza called a “motherhouse,” a section away from children. But Dispenza said the nuns weren’t asked to leave unless the case was escalated to the criminal level.

“To date, no religious orders have listed or released any names about nun abusers,” she said, adding that a list placed in a parish or school could encourage people who know the abusive nuns to come forward, which could help survivors affirm their stories.

Dispenza, an author and a former nun of 15 years herself, said she was abused by both a nun and a priest when she was a child. She said in many of the cases of survivors who spoke to her, the other nuns knew what was happening but protected or tolerated the behavior of the accused, underscoring the church’s decades-long history of covering up crimes.

She recalled being abused by a nun when she was a young postulant—a girl studying to be a nun. She was 13 years old at the time and was leaving the main chapel in line with the other postulants, when the mother superior of the order suddenly called her off the line. Postulants always stayed in line, so this was already strange to her.

She recalled the mother superior bringing her into her room, and that, in those days, people would kneel close whenever they wanted to discuss or ask anything with the head of the community.

“I did the proper thing and knelt down close to her almost touching her knees, I don’t remember what she said before or after but I just remember that she took my face between her two hands and kissed me all over, and I remember leaving and just feeling totally confused and bewildered.”

Earlier this year, a Minnesota-based law firm released a report about child sexual abuse in the Archdiocese of Chicago and other dioceses in Illinois that identified six nuns among the 390 alleged abusers.

“Above all else, they protected their institution above all costs,” Pennsylvania’s Attorney General Josh Shapiro said last year, in describing the findings of his state’s grand jury report.

Dispenza said alleged victims who contacted her ranged from 7 to 18 years old when they were abused. She said more than half of the survivors who contacted her were girls. Most of the cases involved sexual abuse and inappropriate touching, but some involved physical or psychological abuse that included shaming and embarrassment.

Dispenza wants religious orders to start releasing the names of accused nuns and turn them over to the legal system, and is seeking the suspension or removal of the accused from contact with children. She said SNAP, through research, estimates there are a total of about 45,000 to 55,000 nuns across the United States, among about 200 religious orders.

The Pennsylvania grand jury report, two years in the making, accused more than 300 “predator priests” across the state of sexual abuse—and the Roman Catholic Church of a decades-long cover-up of the alleged activity. It detailed how church administrators often dissuaded victims from reporting abuse to police, pressured law enforcement officials to terminate or avoid an investigation, or conducted their own deficient, biased investigations without reporting crimes against children to the proper authorities.

The vast majority of nuns don’t commit any crimes, Dispenza stressed, saying her purpose isn’t to tell horrific stories. Instead, she said, it’s to bring truth to light.

“In truth, most nuns have and live their lives within their vows. But we can’t overlook the fact that some have stepped out of those vows and abused children,” she said. “For the sake of the victims, we need to address that and bring it out into the open. Nun abuse too is a part of our history.”