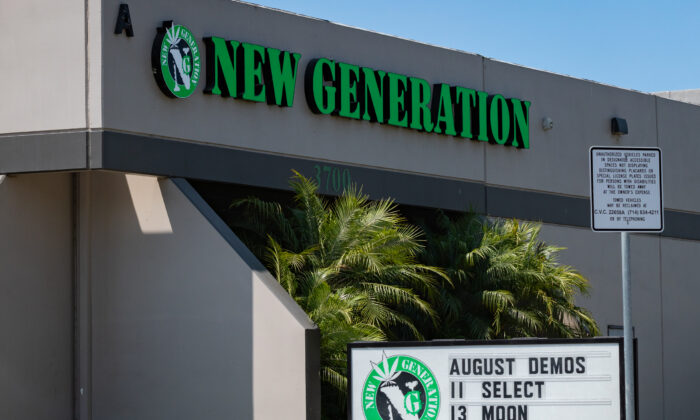 Two out of three Americans live in a state that has approved the sale of recreational cannabis. The Democrats control the White House and the Senate. And American support for cannabis legalization is at an all-time high.

It’s a ground-floor industry that has an immense addressable market, with HUGE tax revenue potential.

And despite all this, pot stocks are in the tank…

Think about that for a minute.

The sector’s problems don’t stem from their companies’ business models. And they’re certainly not because of their products. The struggle in the cannabis industry stems from something else. And because of that, they will likely end up being the bargains of the century.

The Problem With Cannabis Isn’t Pot

When my partner Bob Byrne and I began meeting with private cannabis companies in 2014, we never thought we’d see the day when cannabis was legalized in 37 states (for recreational or medical use) but still illegal at the federal level.

Yet here we are. Neither Congress nor the White House seems interested in passing meaningful cannabis reform.

While full legalization is probably a pipe-dream under this administration, passage of the SAFE Banking Act (which “generally prohibits a federal banking regulator from penalizing a depository institution for providing banking services to a legitimate cannabis-related business”) or STATES Act (which “ensures that every individual state is free to make its own determination about the best legal approach to marijuana within its borders”) seemed reasonable.

Unfortunately, the Cannabis lobby is about as powerful as the flat-tax lobby and progress has been glacial.

Another drag on the sector has come from the Fed.

With their recent shift into hawkish mode, a lack of easy money will put a crimp in both growth stocks as well as speculative stocks. And unfortunately cannabis stocks remain highly speculative investments.

The uncertainty around higher rates will also keep a lid on these small-cap spec stocks.

You rarely hear about it, but all plant-touching U.S.-based cannabis companies are forced to trade on the “pink sheets” or on the Canadian Securities Exchange. Many institutions and hedge funds are prohibited from buying stocks that don’t trade on a senior exchange like the NASDAQ or NYSE. And until pot is legalized federally, they can’t list on either exchange.

And here’s one final hurdle for the cannabis sector. Certain banks (custodians) have told customers they will no longer execute transactions in shares of cannabis companies or hold them on behalf of clients.

This is a massive issue because if banks won’t provide these custodial services to large investors, those investors have no choice but to sell the stocks or seek out a new custodian. In a nutshell, banks are afraid of the liability associated with handling trades in companies breaking federal laws.

So, from a price perspective it appears that Wall Street hates cannabis. But is it time to move on?

Profiting From the ‘Hate’

While buying popular stocks offers one set of opportunities (and risks), investing in the most “hated” or “forgotten” securities can generate incredible returns, especially for investors with longer time horizons.

After the implosion of tech stocks in 2000, the valuations on stocks like Intel, Microsoft, Cisco, General Dynamics, and Medtronic became dirt cheap. I bought all the stocks I just mentioned because they were ridiculously undervalued on virtually every metric. Sure, everyone on Wall Street hated them. But sometimes, the stuff that no one else wants is precisely what you should be buying.

I’m still long those same stocks today except for Microsoft and Intel which I sold once they reached what I considered to be a full valuation.

How does this relate to cannabis stocks?

Despite, or maybe because of, the hurdles the sector is facing, many of the companies currently “hated” by Wall Street have become deeply undervalued as well.

The first thing you have to look for is revenue growth. Without massive revenue growth, a stock can’t sustain an above-market valuation. And right now, believe it or not, some of the market leaders in the cannabis sector have grown their revenues on a quarterly, year-over-year basis, at between 78 percent and 312 percent each of the past six quarters.

That kind of growth is unheard of. And for investors who are looking at a longer timeline—those who aren’t looking to turn a quick profit—this sector of the market could be a real ground-floor opportunity.

One of the easiest ways to get exposure to a basket of these stocks is by looking at the ETF market. One I think, in particular, is AdvisorShares Pure US Cannabis ETF (MSOS).

It’s the easiest way to gain exposure to the best U.S.-based multi-state operators.

Disclosure: The author of this article has a financial interest in MSOS.