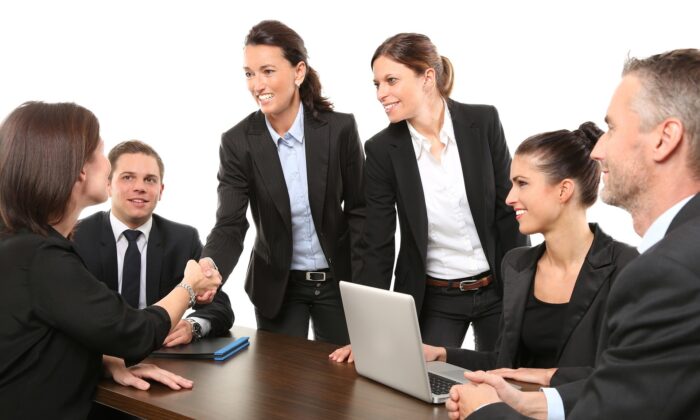 The Great Resignation Explained Through Data: How Businesses Can Thrive

It’s becoming increasingly well documented that knowledge workers across the country are leaving their jobs. For some, it’s a case of plain old burnout, while for others, it’s a matter of re-prioritizing.

In March 2021, Microsoft’s “Work Trend Index” report found 41 percent of workers globally thought about quitting their jobs. In addition, 54 percent of the people surveyed stated they are overworked, while 39 percent said they are exhausted.

Indeed’s findings back this data up: “urgent” hiring needs are up 50 percent since the start of the year. Larger trend data from the U.S. government also show there are not enough workers to fill open roles across the economy.

Enterprises across the country are struggling to hire right now and are finding that workers’ expectations are shifting. Referred to as the “Great Resignation,” this shortage of workers poses unique challenges to businesses and may transform the way our society functions moving forward.

Braintrust, a user-owned talent network, did a recent study exploring how the needs of knowledge workers line up with open roles across the country. They analyzed open job positions at over 600 of the biggest brands and well-known businesses in the U.S.

The report looked at over 150,000 open knowledge worker roles. It shows a median of 66 open roles per business. 6 percent of businesses need to hire more than 1,000 workers.

A closer look into the situation finds that technical roles are in especially high demand. Nearly 1 in 3 technical roles currently need to be filled at businesses across the country.

Competition for knowledge roles and specifically technical ones is high. So, it’s important for your business to stand out as an employer for the knowledge workers you already employ. But, you must also understand how to attract the new employees your growing business will need in the future.

Understanding What Knowledge Workers Want During The Great Resignation

After a year, when everyone’s world was turned upside down, knowledge workers had to adapt. Braintrust surveyed 800 knowledge workers across the world to learn about their needs and expectations. Their responses may not be what you would expect.

Only 4 percent of knowledge workers said traditional benefits like health insurance and 401(k)s are reasons they prefer full-time employment. Instead, greater freedom to choose when and how much they work is of greater importance to them in a job. Surprisingly, many do not see full-time employment as more secure than independent freelance work.

Although Zoom fatigue is real, knowledge workers said that location freedom and remote work were most important to them in a job, with 2 out of 3 workers surveyed considering those issues to be their highest priority. Other popular benefits included being your own boss, choice of job, and choice of hours.

Three Things Your Business Can Do to Attract Knowledge Workers

Being an attractive employer during the Great Resignation starts with catering to what knowledge workers want most: freedom. This is no easy task, as many companies have long-standing structures wedding them to an office culture. However, continuing business as usual could have devastating effects on your company, as the worker shortage shows no signs of letting up.

Here are three ways to adapt your business to attract skilled knowledge workers and overcome hiring challenges posed by the Great Resignation:

The biggest disconnect, according to Braintrust, is the gap between the roles employers are trying to fill and the expectations of the workers they seek. While the past year would suggest more and more companies are going remote, only 6 percent of open knowledge worker roles are actually hiring as remote first. Because 67 percent of knowledge workers say they want location freedom, the best way to give your company an edge and attract applicants to these high-demand positions is to offer remote roles.

“If you don’t have to bring someone into your office, it opens up the set of people you’re willing to consider for a job,” Harvard Business School Professor Chris Stanton told Braintrust. “I think that this forced experimentation meant that some firms or some leaders who didn’t think that this would have been possible have now realized that they can pull off different models relative to what they had experience with.”

Giving workers more freedom to choose projects that interest them will ultimately boost your bottom line. Employees who are genuinely interested in their assignments will be more motivated to excel in their work. Management styles that rely on trust and freedom are usually more enticing to knowledge workers who want greater choice in their jobs. These management styles are some of the best ways to overcome the challenges posed by the great resignation.

According to Braintrust, freelancing may be the future. Over the next few years, many predict independent, and freelance workers will need to be woven into the fabric of most companies. As of now, 85 percent of knowledge workers said they were open to becoming a freelancer. Reconsider if you need to hire full-time employees or if you can hire independent workers, instead. Many predict the inclusion of independent workers to be the future of employment.

Hiring more freelancers can be a win-win because it affords greater freedoms to workers. It also offers greater variety and expertise to businesses looking to hire. Try this, and it’ll help your business weather the Great Resignation, and take advantage of the rapidly evolving hiring environment.