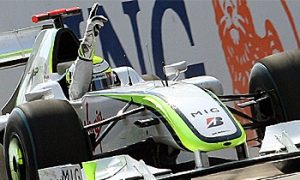 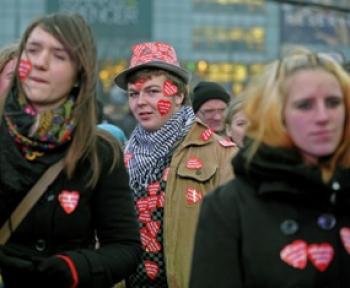 Tom Ozimek
Freelance Reporter
Print
If catchphrases are to be believed, July 13, 1983, was “The day the music changed the world.” Thus proclaimed by a promo poster for the international, multivenue Live Aid concert, anyway.

While it’s questionable whether events like this can really live up to all their hype, they’ve certainly put music squarely on the stage of social activism, and it’s no surprise that Poland, too, has its own version of the big musical charity event. This concert, which has had the country abuzz for the past week or so with hyper-promotion, culminated this Sunday in the Grand Finale of The Great Orchestra of Christmas Charity.

Practically synonymous with the charismatic and controversial Polish pop figure Jurek Owsiak, who Newsweek typecast as a “role model among Polish youth,” the Orchestra has become a nationwide sensation since its humble beginnings 19 years ago. A large percentage of the Orchestra’s volunteers are young people whom Owsiak thanks by organizing a summer music festival called Woodstock. The festival unsurprisingly has loyal fans, but some determined detractors as well; Owsiak’s famous slogan “Do what you feel like doing” has proved a bit problematic for many conservatives.

Nevertheless, the fact that the Orchestra attracts so many young people and that they are so scrupulous in turning over the proceeds of their collection boxes, has been lauded by the organizers and some media commentators.

“For one day we get a taste of a media paradise: a carnivalesque celebration combined with deep reflection on the human condition; a sincere, compassionate host; a dynamic air of unpredictability intrinsic to live TV coverage, and the sense that the party never ends because it’s super-cyclical,” he said.

The charity aspect of the Orchestra also focuses on the young. Every year since its inception, the proceeds from the drive have been used to buy much-needed equipment for children’s wards in the nation’s hospitals. A point of pride for the orchestra is the transparency and meticulousness with which the revenues are accounted for. It may be the second largest charity in Poland, but in terms of media exposure and pizzazz, nothing in the country even comes close.

The basic mechanism is that on the second Sunday of January, musicians take to the stage simultaneously in different parts of the country to perform their hearts out for audiences, which have free access to the concerts but who proudly display heart-shaped stickers on their clothes, handed out by massive numbers of eager volunteers (approximately 120,000), who solicit donations. And they’re hard to say no to.

The whole event is massively promoted and televised, so wherever you may be, you’re pretty much part of the party. The grand finale of the Grand Finale even has a name: “Light Up the Sky.” That’s where at 8 p.m. throughout Poland everyone is encouraged “to light up the sky with good angels—lights in the form of burning matches, candles, torches, or fireworks.”

Of course, it’s all extremely well organized—far from being some pyromaniac’s paradise. In fact, I’m writing this fresh after the concert and fireworks display in the center of Warsaw almost put the city’s New Year’s display to shame.

All in all, it seems to be a case of doing good, having fun doing it, and doing it all because you feel like doing it.