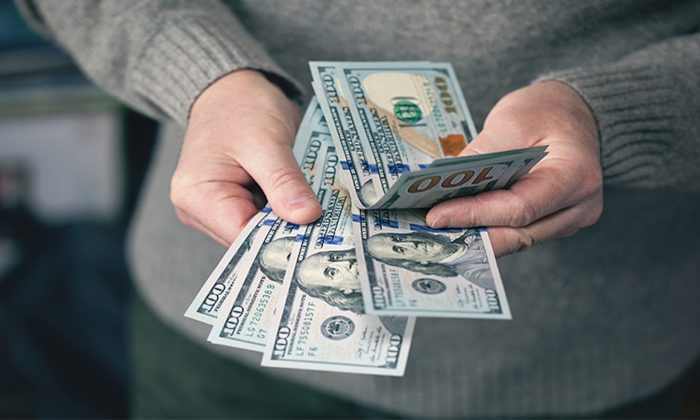 The Government Can Take Your Cash for No Reason

If you carry too much cash, the federal government can take it away from you. Yep, you read that right.

If an agency, such as the Transportation Safety Administration, the Drug Enforcement Administration, or U.S. Customs and Border Protection, finds someone carrying large amounts of cash, they can confiscate it by simply declaring it to be “suspicious.” This is not a rare occurrence.

A 2017 inspector general’s investigation found that over the last decade, the DEA has seized more than $4 billion in cash from those suspected of drug activity. But most of the money seized—$3.2 billion of it—never resulted in any criminal charges. This doesn’t include the value of all the other favorite targets of seizure like cars or homes.

The latest questionable case of what the feds call a “civil asset forfeiture” occurred in August 2019 at the Pittsburg International Airport. Retiree Terry Rolin, 79, never trusted banks, so he kept his money in a large Tupperware container hidden in his basement—all $82,373 of it. When Rolin moved into an apartment, the money didn’t feel safe, so he asked his visiting daughter, Rebecca Brown, to take his life savings and open a bank account for him. Brown, flying to her home in Boston the next morning, checked the internet to see if carrying that much cash was prohibited and thought it was completely legal. At the airport, the TSA spotted Brown’s money-filled carry-on bag, alerted Pennsylvania state troopers and the DEA, and the money was seized.

The law requires the government to return seized property or initiate criminal proceedings. No charges were ever filed against the father-daughter duo, and neither has a police record, but in October, Rebecca received notice that the DEA planned to permanently keep the cash, citing the agency’s authority to combat crime. She and her father, with the help of the Institute for Justice, have now filed a lawsuit.

The institute’s senior attorney, Dan Alban, says this is happening across the United States. “We’ve been contacted by people who have been traveling to buy used cars or buy equipment for their business and had their cash seized,” he said. The institute bluntly calls the practice “unconstitutional and unlawful.”

In the summer of 2014, Vito Di Donato, the gregarious and generous owner of pizza parlors in Los Angeles, boarded a train carrying $183,070 cash destined for a needy relative in the east. When the train stopped in Albuquerque, DEA agents boarded and searched all passengers and luggage. Di Donato, a man with no prior police record, had his hard-earned “suspicious” cash seized. A district judge in Albuquerque granted the government four extensions to file charges. They never materialized. For three years, Di Donato’s lawyers fought to get his money returned and were finally successful. Imagine Di Donato’s legal bill!

In October 2017, Rustem Kazazi of Cleveland, Ohio, packed up the $58,100 he had saved and prepared to fly back to his home country of Albania to help strapped relatives and perhaps find himself a retirement home. Kazazi, 64, a former police officer in his homeland, had legally immigrated years earlier with his family, and all had become proud American citizens. At the airport, U.S. Customs and Border Protection agents stopped him, stripped him naked, and confiscated his money. Later, the agency explained the money was “involved in a smuggling/drug trafficking/money laundering operation,” yet no charges were filed. Kazazi, with the help of the Institute for Justice, finally got his money returned. Restoring his faith in America may be harder.

That same month, Border Patrol agents in Houston seized $41,377 from Anthonia Nwaorie, a registered nurse traveling to Nigeria to open a medical clinic for needy women and children. Nwaorie had no idea about a federal law requiring international travelers to report if they are carrying more than $10,000. After much legal wrangling, the Institute for Justice helped Nwaorie get her money back.

Traveling with your own hard-earned and diligently saved cash is not—and should never be considered—a criminal act. Of course, we want the government to be able to seize ill-gotten cash from known drug dealers, human traffickers, and other criminals. But what is unacceptable is overzealous federal agents impounding an innocent citizen’s cash willy-nilly and then holding it for months—or even forever. Those agents should be disciplined or fired.