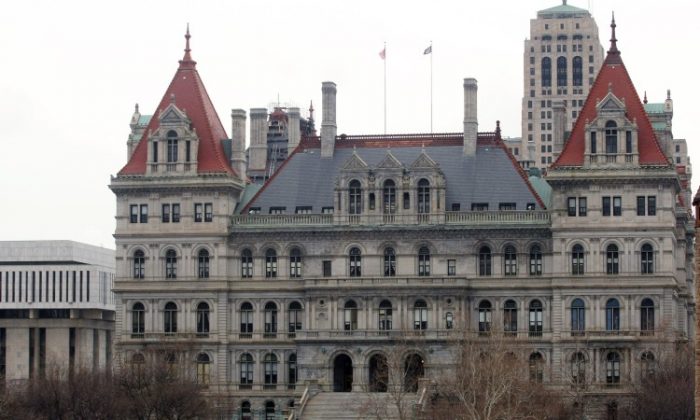 (Courtesy of James Parrott)
US

The Good and Bad in Cuomo’s New Budget

NEW YORK—On Tuesday, Gov. Andrew Cuomo agreed on a state budget with Senate Leader Dean Skelos and Assembly Speaker Sheldon Silver. The Legislature is expected to pass the budget on Friday, making it the second budget to pass on time in two consecutive years.

Fiscal year 2013 begins on Sunday, at which time the budget will go into effect, if it passes without incident. The Epoch Times asked government watchdog groups and policy analysts what they see as the most significant benefits and shortcomings of Cuomo’s budget plan.

Bad: The failure to even attempt to close egregious corporate tax loopholes to generate funds to restore even a fraction of the $20 billion in tax cuts over the past three years.

Good: The best part about the 2012/2013 budget is that Gov. Cuomo has once again held the line on new spending. Clearly understanding the severity of our state’s current economic challenges, Gov. Cuomo has largely refused to bow to the pressure exerted by lobbyists and special interest groups to grow spending and instead submitted in his first two years in office the most frugal and responsible budgets we’ve seen come out of Albany since the mid-90s.

Bad: Unfortunately, this budget once again relies on some of the typical gimmicks used to paint a sunnier picture of the state’s finances than they merit, like overly optimistic revenue forecasts and the deferring of billions of dollars in pension costs to future years’ balance sheets. It is high time that Albany follows New York City’s example, set by former Mayor Koch, and adopts the practice of abiding by Generally Accepted Accounting Principles (GAAP).

Good: In a rare occurrence in Albany, the part of the budget voted on in March was actually printed several days in advance, giving motivated individuals the time needed to read and analyze the language. In most years, the vote is taken when the paper is literally still hot off the presses.

Bad: The negotiations were done by the traditional three men in a room. Members of the public and rank-and-file members were not let in on what was being discussed. Additionally, several key parts of the budget passed in December were as rushed as ever.