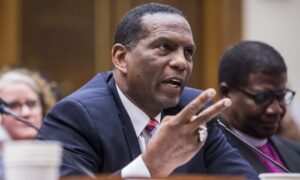 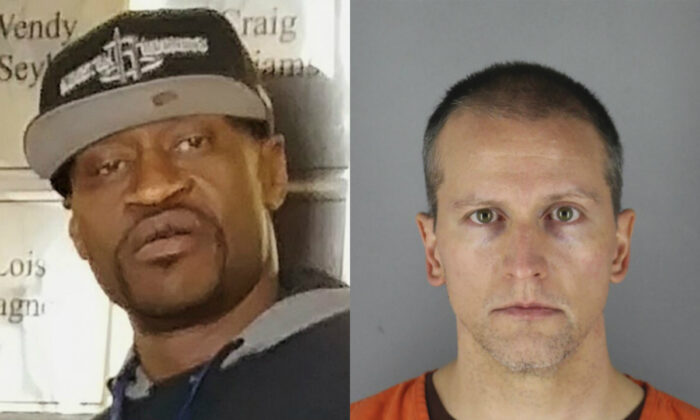 George Floyd in a file photograph, left, and Derek Chauvin, who was arrested May 29, in the Memorial Day death of George Floyd, in a mugshot. (Christopher Harris via AP; Hennepin County Sheriff via AP)
Viewpoints

It’s difficult to change a narrative once it has been established in the public’s mind.

A narrative was firmly fixed by the media, activists, and rioters prior to the trial of former Minneapolis police officer Derek Chauvin, which opened March 29. Chauvin is charged with murdering George Floyd.

Many people have seen the nearly nine-minute video of Chauvin pressing his knee on Floyd’s neck while Floyd pleaded, “I can’t breathe.”

What they may not have seen, and the jurors should view, is a much longer treatment of the scene that begins with a store owner approaching a police officer, claiming a man, later identified as Floyd, had passed off a counterfeit $20 bill. The owner points to a car across the street. He says the man is in it.

In a video compilation from police body cameras, bystanders, and a shop camera, Floyd is in an agitated state, first saying, “please, don’t shoot me,” then refusing to put his hands on the steering wheel and later resisting officers. He occasionally appears incoherent and struggles with officers attempting to place him in a police car.

The entire video has been analyzed by George Parry, a former chief of the Police Brutality/Misconduct Unit of the Philadelphia District Attorney’s office from 1978 to 1983.

Parry says that when the first officer (not Chauvin) approaches Floyd, he asks him to put both hands on the steering wheel. When he doesn’t, the officer views him as “noncompliant” and draws his service revolver which, he says, is standard practice in such situations. As soon as Floyd places both hands on the wheel, the officer holsters his gun.

From there, the video shows the officer moving Floyd to the sidewalk.

“He was noncompliant throughout this procedure,” says Parry. Floyd was not under arrest, but he was in custody and officers then began to conduct an investigation into what happened in the store. This included another officer interviewing two people in the car with Floyd.

“They were trying to determine why Mr. Floyd was behaving in a noncompliant, bizarre, and incoherent manner,” says Parry.

After noticing foam around Floyd’s mouth, one of the officers asks Floyd if he had taken drugs. Floyd responded he had been “hooping,” which is defined as “putting drugs in the anus, resulting in a quick and intense high.”

When the officers attempted to place Floyd in a squad car, pending information about the drugs he had taken and the reaction they produced, Floyd screamed he was claustrophobic and again resisted.

The video shows he was then taken out of the car and police complying with his request to lie down. Before lying down, according to Parry, Floyd shouted seven times that he couldn’t breathe.

It was at that point, officer Chauvin begins to kneel on Floyd’s neck, which Parry says, “is entirely consistent with what is taught” at the Minneapolis Police Department academy.

The video shows Chauvin’s knee going up each time Floyd attempted to raise his head, indicating, says Parry, that Chauvin “was not using brute force.” When officers noticed Floyd deteriorating, “they placed another call for an ambulance” with a higher priority code. When it arrived, Floyd appears to have stopped breathing.

The Hennepin County medical examiner determined that Floyd had a “fatal level” of fentanyl in his system. The report also found that “Floyd had a ‘heavy heart’ and ‘at least one artery was approximately 75 percent blocked.’” Floyd also had a history of severe coronary artery disease and hypertension, which, along with the drug and his agitated behavior, likely contributed to his death.

Watch the video, read the medical examiner’s documents, and see how the original narrative was wrong. Will jurors succumb to political pressure and the threat of more rioting, or will they examine the entire video and make their decision based on evidence?

We will soon know.