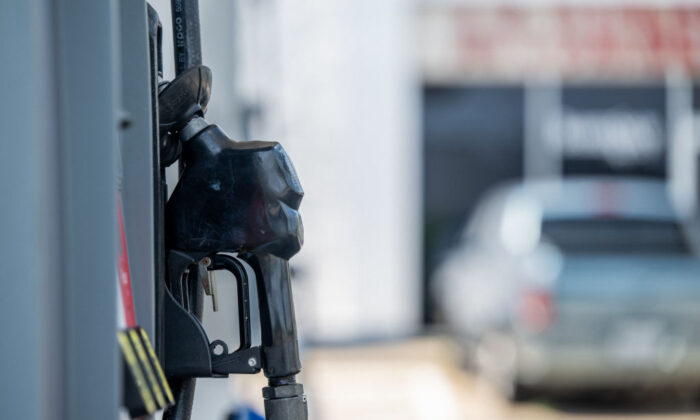 The Gas-Tax Holiday Is a Trap

The Biden administration is under intense pressure as the universal loathing of inflation has unleashed public fury. The most salient increase is in gas prices.

They have doubled since inauguration, and the record highs have upended all summer travels, made work commutes unbearably expensive, and severely damaged family finances. The producer costs are all devastating for trucking, airlines, and everything else.

The intensity of the pain outstrips the overall consumer price index and also affects utility bills for all residential and commercial properties, busting budgets from coast to coast.

It doesn’t help that the administration is on record, before taking office and at all levels ever since, in dreaming of the end of all non-renewable energy sources, and a conversion to a world in which we all live off the “wind and the sun”—a dream that effectively reverses most of the industrial achievements of the past 200 years.

Moreover, the Biden administration has repeatedly said that high gas prices have a silver lining, in that they spur a drive toward this great transformation. From everything “lousy,” Biden quotes his mother as saying, comes something good, in this case, the end of fossil fuels.

Let’s just say that voters aren’t on board with this dream. Nor does buying an electric vehicle somehow contribute to the dream of 100 percent renewables. For some reason, the Biden administration doesn’t seem to understand that most electricity is produced via coal, not wind and sun.

Facing pressure, and realizing that blaming Putin isn’t quite cutting it, the Biden administration thinks it has a solution. It’s calling for a temporary halt to the 18.4-cents-per-gallon tax on regular gas and a reprieve from the 24.4-cents-a-gallon diesel tax. It would have to be subject to congressional approval.

Let’s say it happens. The economic unsophisticates in Washington will demand to see an instant fall in the retail price by 18.4 cents, simply because these people are clueless about how pricing works in a market.

Prices are always forward-looking while taking into account producer costs tracing back deep into the production structure. The formation of prices is never mechanical; it’s always both retrospective and speculative, ultimately depending on complex relationships rooted in competitive structures, supply constraints, expectations, and demand elasticities.

White House political appointees with political science degrees from Wellesley simply can’t outthink the market even if they spend 20 minutes googling where energy comes from.

For example, do they even know at what stage of the production structure this tax is paid? It’s not at the pump. It’s much deeper back when the gas is shipped. Yes, those costs saturate the whole structure eventually, but not in a way that is easy to game.

It’s by no means certain that the price of gas would fall at all, simply because inflationary pressures are still there. Moreover, the Biden administration’s rhetorical and regulatory war on fossil fuels continues unabated. When the price fall doesn’t happen, the Biden administration will be well-positioned to step up these attacks with the claim that the oil companies “pocketed the savings” and failed to pass them on to consumers.

That would set up a real regulatory basis for hounding every retail seller in the country for alleged “price gouging,” and a further unjust attack on this most essential industry, thereby only intensifying the assaults on the energy sector. In fact, that has already begun, with Biden unleashing all kinds of hell on the actual sellers at the pump. It’s amazing.

Let’s see what the effect of the release of the Strategic Petroleum Reserve was when gas was at $3.50 a gallon. The result: zip. That’s because it was a drop in the bucket against a tide of inflationary pressure and supply constraints. The costs of production behind gasoline had far outstripped the price at the pump long before, introducing a tremendous squeeze on the entire industry.

The temporary tax reprieve would likely only add to costs in administrative readjustment, only to revert to original formulas three months hence. Plus, we really are talking about a drop in a large body of water. This “gas tax holiday” would only represent 6.4 percent of the total increase in the price at the pump since Biden took office. The only effect would be to deny an income stream to the highway fund that would be replenished with new spending and debt.

The Wall Street Journal gets this one correct:

“Mr. Biden’s energy policy is a jumble of incoherence. He wants political relief from high gas prices but only to get past the next election. What the U.S. oil and gas industry and American consumers need is a permanent regulatory holiday to increase domestic supply. Anything else is a holiday from reality.”

Looking back in time, everyone has been aware of the anti-fuel movement in the United States. It’s grown over 20 years, mostly out of hothouse academic circles that never showed much real interest in the actual production of energy.

Their attempts to replace digging with windmills and solar power have hit all the expected roadblocks. These other methods are tremendously expensive, unsightly, and come with their own environmental hazards. If the great transition is ever to happen, it will be driven by enterprise with an eye to economics. So far, the war on fossil fuels, coal, and nuclear has been funded by tax dollars, and the results have been very unimpressive.

Somehow, this causes no pause in the Biden administration’s efforts because it’s somehow beholden to a climate-change lobby that has convinced itself that we live in the midst of an existential crisis and have for the past 30 years. But right now, regular commuters, travelers, and truckers are experiencing just such a crisis. And there is growing public awareness that the whole thing is man-made.

There is simply no way for the Biden administration to escape culpability. Certainly, this symbolic tax reprieve won’t achieve that, but it will offer another opportunity for the culprits to shift the blame.