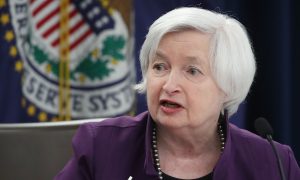 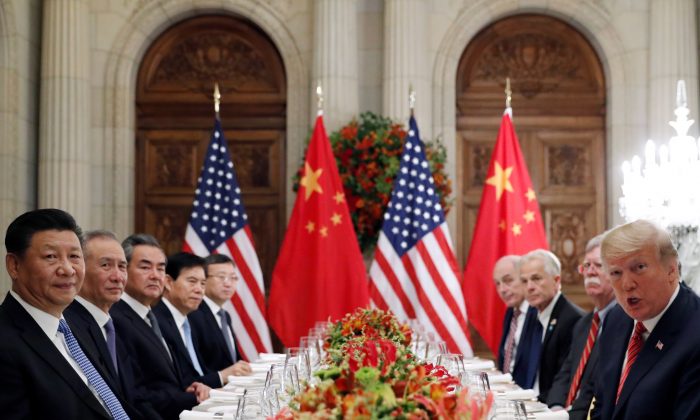 While the elements discussed are constructive, it is unlikely China will stick to its end of the bargain
By Daniel Lacalle
FONT BFONT SText size
Print

The G-20 meeting in Buenos Aires had one important objective: to reach a trade agreement between the United States and China.

However, the announced agreement is more of a “diplomatic truce” than a real agreement.

The United States committed to delaying tariffs against China that were scheduled to start on Jan. 1, 2019, and China committed to purchase more agricultural and energy products (e.g., liquefied natural gas) in addition to promising to advance in legal security, compliance with contracts, the opening of capital markets, and protection of intellectual property.

However, the wording is vague, the commitments are conditional, and the time is limited.

When we talk about trade wars as if they were something new, we make a mistake. The United States and China have been in a trade war for years. The United States has denounced trade barriers imposed by China and other countries directly and indirectly for years, while the World Trade Organization has done nothing about it.

As a response, the United States—even before the age of Trump—introduced more protectionist measures than any other G-20 country between 2009 and 2016, although it remains one of the most open economies in the world and in history.

China is not the main holder of U.S. bonds, not even the largest foreign buyer. The largest holders are North American institutions and investors, including private banks and the Federal Reserve.

The demand for U.S. bonds remain robust and yields have not soared, even with China and the Fed selling. Meanwhile, China’s foreign exchange reserves have fallen and keep falling.

In October, China’s foreign currency reserves fell to the lowest level in 18 months with a reduction of $33.9 billion, the worst drop since December 2016 and the lowest level since April 2017.

A drop in the growth of China’s exports would mean a much larger collapse of its foreign exchange reserves, which are down 30 percent since the 2014 highs.

A collapse in foreign exchange reserves also propels the already existing capital flight, which can only lead to more capital controls. Capital controls result in lower growth, an increase in the already high debt, and the risk of a very painful devaluation of the yuan.

These three results have already happened in 2018, albeit on a relatively small scale.

In summary, for China, the trade war is devastating. For the United States it is a negative, but for China, it is a disaster.

The United States exports very little (11 percent of GDP), so any threat that leads to an agreement is good.

A trade war can generate higher costs of goods and services for Americans, but the reality is that China is exporting disinflation and, if anything, inflation expectations are falling, not rising.

This does not mean I support trade wars. It means that the idea that both sides are equally negatively impacted is simply empirically incorrect.

As such, the agreement announced between the United States and China during the G-20 is nothing more than a conditional ceasefire.

China has little intention of guaranteeing intellectual property, eliminating capital controls, or reducing the immense role of the government in the economy.

This agreement is only a pause, and the announced tariffs would be reinstated if improvements are not evident. The tariffs announced for Jan. 1 would be increased to 25 percent if China does not comply within 90 days.

The differences in the interpretation of the agreement between the Chinese and U.S. administrations can be seen in their official statements.

This agreement does not change the trade and policy differences of both countries, but it is very similar to the failed agreement reached with China in May that ended in nothing. We have to be very cautious and wait to see if real economic data improves. If China continues to devalue the yuan and inject capital into its financial and corporate sectors it will be a sign that the agreement has no credibility for the Chinese government itself.

This trade deal is not only vague, conditional, and temporary, but also it does not disguise the slowdown of major economies, which had nothing to do with trade wars and a lot to do with debt saturation.

Be careful thinking that this is a catalyst that puts the world back in growth and propels stock market to new highs. The reality is that this “deal” is not a positive catalyst for the global economy.