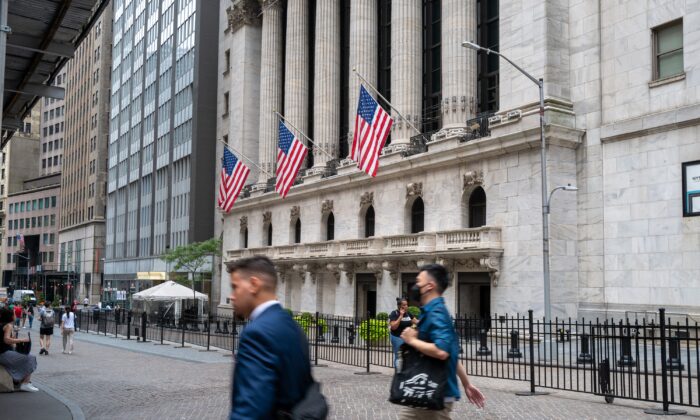 The Financial Times on the Road to Damascus

The greatest strategic mistake made by the United States was to fund the rise of its enemy. For decades, the U.S. government encouraged investment in China to the extent that much of America’s critical manufacturing capability moved to China, and Chinese firms learned American manufacturing techniques and secrets.

This would never have occurred if the logic of strategy had triumphed, as it did during the Cold War with the Soviet Union. Notable strategists such as Paul Nitze, John Foster Dulles, McGeorge Bundy, Harold Brown, Zbigniew Brzezinski, and George Schultz guided the United States to victory in the Cold War. But with the defeat of the Soviet Union, the ideas, practices, understanding, and training necessary for peer competition—most importantly, how to prevent another one from rising once the first one is defeated—were supplanted by the doyens of finance and foreign investment.

These groups pursued investments in China, technology, and knowledge transfer to Beijing. They permitted Chinese entities to raise funds on U.S. capital markets, including those with known or suspected ties to the People’s Liberation Army and those directly and indirectly linked to the Muslim genocide in China’s Xinjiang region and the Chinese regime. The last category, of course, is by definition since every Chinese entity needs the regime’s acquiescence to exist.

In the mid-1990s, the Clinton administration ended the linking of “most favored nation” status to the Chinese regime’s human rights record and, with that, any hope Washington had of compelling the regime to democratize. Clinton also permitted China to commence negotiations for its entry into the World Trade Organization (WTO), which China joined in December 2001. Thus, the stage was set for evermore American investment, technology, and knowledge to enter China. China grew year after year.

Consequently, the United States grew weaker relative to China’s growth as our wealth flowed into China rather than to investments within the United States or other friendly nations. The Chinese regime was strengthened, and any hope for its liberalization or overthrow receded into the mists of lost opportunities.

Now the Chinese regime has power and is willing to threaten U.S. interests and security. China’s bullying of Taiwan this month has been impossible to ignore, even from the heights of finance. A recent Financial Times editorial warned of a Sino-American war and called upon companies to immediately alter their expectations regarding China and the possibility of conflict. Quixotically, it noted that China was now a rival of the United States and that security considerations were more important than economic ones.

It seems that those who for decades supported investment in China and its growth now lament that the fruits were poisonous for the United States, the West, and the liberal international order.

Moreover, an important Consumer Research report documented the role of the major investment firm BlackRock in hindering U.S. energy firms to advance a green energy agenda while not raising the same concerns about Chinese entities, particularly their coal-fired power plants, and not acknowledging that China controls much of the green energy supply chain, technologies, and rare earth elements. In fact, the United States could take the lead in each of these areas and has ample rare earth elements that could be mined if there were investment and a financial incentive to do so.

Smart investing might support U.S. national security and economic prosperity rather than China’s if investment firms recognize that the logic of strategy must once again determine investment decisions if they are to aid the United States in its cold war with China.

The Logic of Strategy Must Guide Wall Street

While attention is finally being called to the great hazards and risks of investment in China as well as to the damage it causes to U.S. national security interests, it is far too soon to proclaim the triumph of the logic of strategy. Similarly, it is too soon to think we can employ Wall Street in the fight against China. Part of this is the U.S. government’s fault. It has not taken the lead on the issue or the steps necessary to address the fact that the United States still funds its enemy. It permits investment in China and has not developed a plan to require a decoupling of the United States from China.

Yet Wall Street is culpable, too. It still is not cognizant of the Chinese threat, and the scope and nature of the threat seem far less of a priority for most firms than trendy ESG goals. So long as the logic of finance defeats the logic of strategy for the key financial firms, then Wall Street is worse than useless in the fight. It betrays U.S. national security and endangers the American people and U.S. global interests. It is an ally of the enemy of the United States.

Wall Street’s worldview needs to change. A closer look at their current priorities will rightfully expose them to censure, legal liability, condemnation, and the lasting damnation and opprobrium of the American people and U.S. allies. For too many years, Wall Street has been supporting China, thus creating this threat.

Damascene conversions are rare. In fact, history records only one. It seems, however, the Financial Times may have had the world’s second. We will see if it is as successful as the first. To survive, the United States and its allies will need many more in the world of finance.