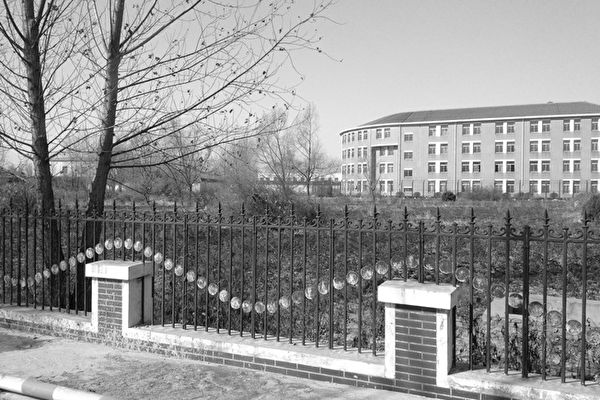 An outside view of Masanjia Labor Camp in China's northeastern Liaoning Province. (Courtesy of Minghui.org)
Thinking About China

The Fall of 4 Police Chiefs in Northeastern China: Atrocities Behind Their Fall

The Chinese regime is purging the political and legal system before its 20th national congress convenes later this year. As part of the clean-up, another senior police officer in China’s northern Liaoning Province was recently put under investigation.

Wang was a deputy governor of Liaoning Province, police chief of the Provincial Public Security Department, and deputy team leader of education and rectification of the provincial political and legal system.

Wang is the fourth head of Liaoning Provincial Public Security Department to be investigated in the past 21 years.

According to Wang’s public profile, he started his career in the trade and commerce industry and worked in multiple government bodies in different locations. In 2007 he became the top CCP leader of the municipal political and legal body of Harbin City of China’s northeastern Heilongjiang Province. In 2009, Wang was appointed deputy chief of the Provincial Public Security Department of Heilongjiang.

It is worth mentioning that at the time Wang took up his new position in Liaoning in 2013, the country’s biggest public outcry broke out when the torture and abuse of inmates in Masanjia Labor Camp in the provincial capital of Shenyang City shocked people at home and abroad, causing no less trembling and sorrow than the current “chained-up woman” in Xuzhou, Jiangsu Province.

In early April 2013, the Chinese Lens Magazine published a 20,000-word investigative report titled “Out of Ma San Jia [Labor Camp],” based on a diary written by female detainee Liu Hua that was secreted out of the labor camp by 62-year-old petitioner Wang Guilan who hid it in her vagina, and interviews of approximately 20 former inmates.

The numerous torture methods in the labor camp as recorded in the diary, such as the tiger bench, solitary confinement, designated inmates’ consistent monitoring, hanging on cuffed wrists, electric batons, and the death bed, are so shocking and horrifying that the report was followed by a flood of angry comments and posts online in China and around the world.

Cao Baoyin, an outspoken media figure at the time, said in a self-made video program that the Mashanjia Women’s Labor Camp in Liaoning is “18-layers of hell” where “our mothers, our sisters, and our daughters” are tortured, and the correctional officers of the labor camp are dressed in uniforms but behave like wild animals when torturing women detainees there. “Even animals don’t do that to their own kind,” he said. His video was soon removed from China’s video platforms.

Masanjia Labor Camp, also known as Ideology Education School of Liaoning Province, was established in 1956 in accordance with the regime’s re-education through labor system on land that was formerly a graveyard.

The labor camp had two separate male sections and one female section, but was expanded in 1999 to imprison Falun Gong practitioners when former CCP leader Jiang Zemin ordered the nationwide massive suppression of the spiritual practice. It set up a second female section which was used exclusively to detain and persecute Falun Gong female practitioners, according to a report last year on Minghui.org, a website that reports on the persecution of Falun Gong. Masanjia Labor Camp and Masanjia Women’s Labor Camp refer to the same camp.

Falun Gong, also known as Falun Dafa, is a meditation practice that features moral teachings based on three core tenets, “truthfulness, compassion, and tolerance,” along with a set of meditative exercises.

From 2000 t0 2013, there were over 8000 reports and periodicals on the Minghui website, exposing and condemning the physical and psychological persecution of Falun Gong practitioners at the Ma Sanjia Labor Camp.

However, the “Out of the Ma Sanjia” report did not tell the extent and scope of torture used on the prisoners. It didn’t reveal that the persecution of Falun Gong practitioners at the Ma Sanjia Labor Camp was not unfamiliar to those mainland Chinese who were able to work around the regime’s internet firewalls and see the news from outside China.

For example, Ai Xiaoming, a professor of Chinese at Sun Yat-sen University in Guangzhou, wrote in an article titled “The Vagina Is Roaring—Facing Masanjia” in 2013:

“The Masanjia atrocities are not isolated or the first of their kind. Earlier, the well-known lawyer Gao Zhisheng wrote a letter to the top leaders of China, strongly demanding that the atrocities be stopped. As I recall, he wrote that the sexual organs of nearly every one of the victims had been attacked. The facts revealed in his letter were horrifying, and the lawyer’s experience was even more tragic. Under the threat of violence, the public, including myself, was silent.”

Gao was a human rights lawyer and one of China’s Top Ten Lawyers. He was persecuted severely and suffered brutal torture for defending human rights. He is still under detention by the CCP, but neither his family nor the outside world knows his whereabouts or whether he’s still alive.

In order to call for an end to the persecution of Falun Gong, he wrote three open letters to Hu Jintao, the CCP general secretary and Wen Jiabao, former prime minister, in 2005.

In one of the letters he wrote: “The 610 Office had become a symbol of power and was continuing to ‘deal’ with our people by killing them physically and mentally, by handcuffing and chaining them, by electrocution, and by the tiger bench. This Mafia-like power continues to torment our mothers, our sisters, our children, and our entire nation.”

He described the attacks on the sexual organs of Falun Gong practitioners, male and female alike, by 610 officers and police, and used the phrase “extremely nasty.”

According to an article on the Minghui website titled “The Crimes Carried Out in Masanjia Forced Labor Camp are Supported by CCP Money and Awards,” Wang Maolin and Dong Jufa, both officials of the CCP’s Central 610 Office, an illegal organization dedicated to the persecution of Falun Gong, visited Masanjia in early July 2000 and made a detailed report to Jiang Zemin, who soon appropriated six million yuan ($950,000) to the labor camp and ordered 610 Office Head Liu Jing to set up “Masanjia Reformation Through Education Base” as soon as possible. Those who did not give up their belief in Falun Gong were tortured inhumanely in Masanjia. Staff of the camp were later rewarded by the CCP and their brutal torture methods became a model for the persecution of Falun Gong practitioners in labor camps nationwide.

When the CCP announced on Nov. 15, 2013, it would close the notorious labor camps amid both domestic and overseas condemnation of the system, the outside world was skeptical about how much would actually change for prisoners.

According to Amnesty International, some camps were simply changing the sign out front. What was formerly a re-education through labor camp became an enforced-drug labor camp—a place for treating drug addicts, or was repurposed in other ways. After the sign changes, the same population as before remained within the facility, as reported by The Epoch Times in 2013.