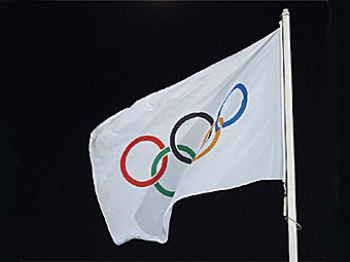 The Evolution of the Games from Ancient to Modern Times

By Neli Sfigopoulou and Tsiakou Panagiota
Print
In the beginning, Olympic athletes were considered the gods’ chosen ones. Their path was to follow the Olympic spirit in order to reach perfection. The Olympic spirit emphasized athletes’ learning through hardships during their training, and above all, the cultivation of ones moral character, virtue, and humility.

Each town that produced an Olympic champion destroyed all of their walls in accordance with the saying, “A town that has such an athlete doesn’t need walls to be protected.”

When athletes disrespected the Olympic spirit by cheating or taking drugs, they were considered to have offended themselves, the gods, their family, and their town. And when their deeds were discovered, a sculpture of them committing the shameful act would be placed in a conspicuous spot in Olympia.

As years passed, Greece saw many wars. At different points, it came under the rule of many empires. Thus, the Olympics started to take on the character of various emperors.

When Greece was under the rule of the Roman Empire the Olympic games began declining. In 88 to 80 BC, the Games were held in Rome. The Emperor Nero took part in the chariot race, during which he famously stopped without finishing and declared himself winner.

When Rome’s capital was transferred to Constantinople, the rulers’ religion didn’t accept any other religion or ideologies. So, in the eyes of the rulers, ancient Greeks and their culture were considered pagan. Thus they destroyed many ancient remains and temples in Greece in order to put up their houses of worship. The 13.5 meter-high ivory-and-gold sculpture of Zeus inside the temple of Zeus, one of the seven wonders of the world, was one of the things demolished.

Despite religious attitudes, the Olympics continued until 386 AD. Meanwhile, Got-thoi,  an ethnic group from Eastern Germany raided Greece. In 426 AD, the Emperor Theodosis II ended everything that had to do with paganism.

After a series of big earthquakes in Peloponnise, everything was covered by sand and was forgotten. No one spoke about the Olympics for a long time.

German archeologists discovered the relics of Peloponnise in 1847. In 1896, the Olympics began again under the initiative of French Baron Pierre de Coubertin. Though he was dedicated to reviving the Olympic spirit, the meaning of the Games were forever changed.