The Evil of Coerced Medicine 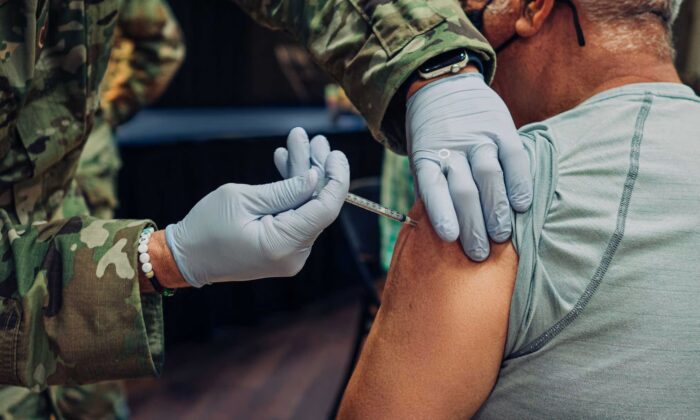 The following is an adapted excerpt, published recently in The Washington Times, from my book “The New Abnormal: The Rise of the Biomedical Security State” from Regnery Publishing, reprinted here with permission.

In their understandable enthusiasm to roll out the novel COVID vaccines as widely and quickly as possible in early 2021, the public health establishment succumbed to two dangerous temptations: propaganda and coercion.

That their approach deployed these with the common good in mind (achieving herd immunity) and with good intentions (ending the pandemic as quickly as possible) does not alter the fact that such approaches were deeply misguided and represented deeply disturbing trends in public policy. Public pronouncements in the name of science could not be questioned, and behavioral outcomes could be achieved by any means necessary.

The “needle in every arm” goal was set in advance; the only deliberation permitted was about the most efficient means toward this predetermined end. Any scientist, physician, or policymaker who broke ranks to question one or more of these axioms was at best a nuisance or at worst dangerous—someone to be ignored as backward or dismissed as a threat to public health. People who asked inconvenient questions were labeled with the dismissive “anti-vax” epithet, a term that functioned to exclude them from the realm of reasonable discourse.

Some of the vaccine propaganda would have been laughable if it wasn’t so clearly displaying sanctimonious contempt for its audience. Consider a televised public service announcement from Ohio’s Department of Health: A friendly immunologist clears up misinformation about what’s in a COVID vaccine by explaining: “There are just a few simple ingredients: water, sugar, salt, fat, and most importantly, a building block for protein. … That’s less stuff than a candy bar or a can of pop.”

The absurd message suggests that vaccine risks are no different from the risks of eating a candy bar or drinking a soda—clearly government-sponsored misinformation if that word means anything. The condescension on display also tells you all you need to know about what Ohio’s public health officials think of the intelligence of the average citizen.

Aside from what was said, the most egregious form of propaganda was the vaccine-related information that was deliberately withheld or deemphasized. As mentioned earlier, The New York Times reported in February: “Two full years into the pandemic, the agency leading the country’s response to the public health emergency [the CDC] has published only a tiny fraction of the data it has collected.”

For example, when the agency “published the first significant data on the effectiveness of boosters in adults younger than 65 … it left out the numbers for a huge portion of that population: 18- to 49-year-olds, the group least likely to benefit from extra shots.” The CDC’s stated reason for withholding much of its data was that it did not want to increase vaccine hesitancy.

The result was messaging from public health officials that sounded indistinguishable from the marketing departments of Pfizer, Moderna, and Johnson & Johnson. Granted, public health communications must be simplified for broad consumption; but there is a key difference between simplifying information for the layperson and dumbing it down to manipulate the masses, or deliberately suppressing information that might undermine a predetermined public policy.

This was not public education but a manipulative effort at behavioral control. In the most precise meaning of the term, it was propaganda. Large swaths of the public who were not hypnotized by the repetition of memes could sense, even if they could not explain, that they were subjected to manipulation.

Public health efforts pivoted from propaganda to heavy-handed nudges and bribes. Several states entered vaccinated citizens into lotteries awarding cash prizes of $1 million or more. Other states and cities launched promotions for vaccination ranging from free beer in New Jersey to raffles for full-ride college scholarships in New York and Ohio to a free marijuana joint in Washington for those who took the jab. (The latter brought, naturally, by people who sincerely care about your health.)

When these nudges didn’t work, officials simply mandated the vaccines, with severe penalties for those who declined. As my own institution, the University of California, prepared to issue its vaccine mandate, I argued publicly in the pages of The Wall Street Journal in June 2021 that university vaccine mandates violated foundational principles of medical ethics, including the principle of informed consent.

Although the minimal conditions for justifying vaccine mandates were never close to being met, institutions embraced these misguided policies with little meaningful public discussion and no debate.

Aaron Kheriaty
Aaron Kheriaty is a physician, a fellow at the Ethics and Public Policy Center, and chief of ethics at The Unity Project.