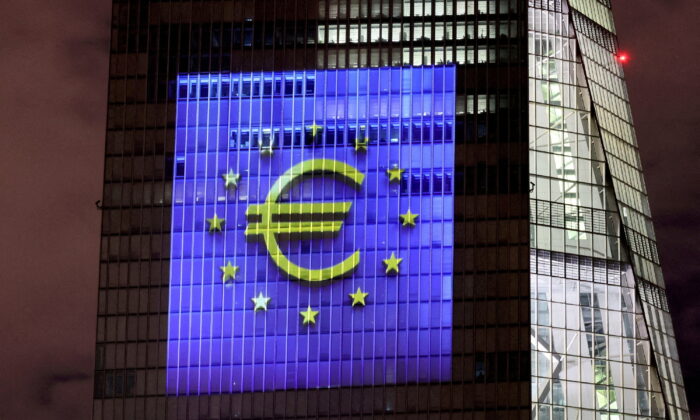 The European Central Bank should be hugely concerned about two pieces of news. The euro is on the verge of parity with the U.S. dollar and has accumulated a drop of 17 percent since 2021, more than 35 percent since 2008. On the other hand, inflation in the eurozone reached 8.6 percent in June, 5 percent excluding the energy and food components.

Inflation in more than six eurozone countries, including Spain, is already in double digits with the core Consumer Price Index (CPI) at multi-decade highs.

Meanwhile, in Switzerland, June inflation was 3.4 percent with the core at 1.9 percent. Switzerland relies on imports for gas, commodities, and supply chains as much as its neighbors, but it hasn’t engaged in massive printing of its currency.

The euro is the greatest monetary success of the last 150 years, and it can’t be jeopardized by risking the independence of the European Central Bank. It’s an elevated risk, and those of us who want it to remain a reserve currency and a success are concerned.

The balance of the European Central Bank is 69.5 percent of the GDP of the eurozone, while that of the Federal Reserve is 37 percent of the GDP of the United States and the Bank of England’s is 39 percent of the UK GDP. However, the euro isn’t the world’s reserve currency. The U.S. Federal Reserve is the only central bank that pays attention to the global demand for U.S. dollars, and despite this, it has also made the enormous mistake of expanding money supply well above demand and, thereby, triggering inflation.

Let’s not forget that prices don’t go up all at once for the same amount of currency issued. One or two prices may rise for exogenous reasons, but not all will rise unless the purchasing power of the currency is destroyed by printing without control. As Austrian School economist Frank Shostak reminds us, inflation is money supply growth, not prices denominated in money.

A weak euro and rising inflation are extremely worrying factors, because in June 2021 the growth rate of broad money supply (M3) in the eurozone was 8.3 percent annualized, with M1 (currency in circulation and overnight deposits) growing by 11.7 percent. In other words, the increase in money supply (M3) was still 16 percent higher than during the so-called “Draghi bazooka.” In May 2022 it’s still growing above 5.6 percent, with GDP rebounding a mere 2.6 percent (consensus estimates).

Why was there no “inflation” between 2009 and 2019? First, there was. We can’t forget that when policymakers told us that “there was no inflation” the accumulated loss of purchasing power of the euro was 75 percent (from 1991 to 2021).

Although the annual CPI remained contained, there was enormous asset inflation as the rising supply of currency went into sovereign debt and financial assets. Of course, housing and non-replaceable goods and services prices skyrocketed, but nothing like in 2020. The increase in money supply not only soared to exceed 12 percent (M3) but was also mostly directed to non-productive public current spending. The eurozone and the United States flirted ever so slightly with Argentina’s monetary policy, and, with it, inflation skyrocketed.

In any case, the U.S. dollar is still the world’s reserve currency, but the euro is nowhere close. According to the Bank for International Settlements, most global transactions are made in U.S. dollars, followed—far behind—by the euro. Additionally, the euro is the only currency of developed countries with a risk of redenomination (someone may decide to break it up). That’s why it’s key to defend the unequivocal mandate of the European Central Bank: price stability, that is, the solidity of the euro as a common currency.

The global demand for U.S. dollars increases when the Federal Reserve raises rates—it attracts more demand for the greenback. However, in the eurozone, weakening the euro makes imports much more expensive, and the eurozone finds itself with a record trade deficit—which is the equivalent of buying dollars and selling euros—of 16.4 billion euros.

Of course, the energy factor is relevant, but policymakers can’t use it as an excuse to destroy the purchasing power of the greatest monetary success in recent history, the euro. Commodities and imports purchased in a weaker currency make the trade deficit situation much worse. Let’s not forget that the eurozone posted an exceptionally low inflation rate (measured as CPI) when oil and gas prices soared in different periods during 2012–2014.

The weakness of the euro shouldn’t be taken lightly. Those who repeat the fallacious mantra that a weak currency benefits exports should look at the rising cost of imports, the record trade deficit, and the slump in real wages.

A trade deficit (selling euros, buying dollars) together with governments that refuse to reduce their expenses and structural deficits (additional consumption of more new currency units) and a plan for European Next Generation funds to be monetized for the most part (greater consumption of monetary reserves) can be a lethal combination if we add a central bank that maintains negative real rates (more inflationary pressure) and continues to increase money supply well above demand.

Nobody wants to work for a weak currency, and the euro shouldn’t be one.

There’s no advantage in defending inflationism. It impoverishes citizens, punishes the efficient sectors, and destroys confidence in the currency. Criticizing the slowness of the European Central Bank’s actions is not anti-European. What’s anti-European is inflationism, impoverishing all.

It’s extremely important that the European Central Bank fulfills its mandate, which is price stability.

The European Central Bank’s mandate is not that Spain or Italy finance themselves artificially cheaply while accumulating enormous deficits and imbalances at the cost of impoverishing salaries and savings, it’s price stability. What’s destroyed Europe for centuries has always been inflationism.

The European Central Bank’s mandate isn’t to disguise the budgetary incompetence of governments or to make excuses for high inflation; its mandate is to defend the real wages and deposits of the families of the eurozone while maintaining price stability.

It’s key that the European Central Bank raises rates, because the problem isn’t a moderate increase, but the excess of debt and risk accumulated during years of negative rates—an unjustifiable monetary aberration. Interest rates are the price of risk, and artificially depressing them incentivized excessive risk and debt.

It’s essential that the European Central Bank stops the debt monetization madness, because its mandate isn’t to disguise sovereign risk, but price stability. The anomaly isn’t bond spreads of 100 or 300 basis points in some peripheral economies, but the lunacy of previously artificially forcing negative yields on sovereign bonds.

Normalizing monetary policy doesn’t generate “a speculative attack” when credit credibility is strong. What was a speculative attack was disguising risk and excess debt by monetizing 100 percent of the net issuances of sovereign borrowers.

It’s essential that the European Central Bank understands that the survival of the euro depends on containing the constant increase in the consumption of monetary reserves of governments that already represent more than 50 percent of the GDP of the economies. It must understand the following:

With the extremely dangerous perverse incentive to spend more without control and monetize it, impoverishing everyone, the credibility of the institution, the currency, and the transmission mechanism that allows a strong private economy is endangered, because the excess of debt is subsidized, while savings and prudent investment are penalized. It’s the unequivocal recipe for stagnation and structural worsening of an economy where the crowding-out effect of the public sector on the private sector is inadvertently encouraged through monetary policy. This leads to lower productivity, lower growth, and more debt.

Investors shouldn’t care if the stock markets and bonds suffer a correction after the excess of optimism and complacency of recent years.

Market participants should prefer that the European Central Bank reinforces its independence, and defends the currency and its citizens than scratch a couple of additional percentage points from a portfolio, because the alternative, stagflation, or an outright crisis, does much more harm to more people throughout the eurozone.

One day the members of the central bank will realize that those who defend the euro and the eurozone aren’t those who applaud inflationism, fattening deficits, and the destruction of the currency’s purchasing power, but those of us who want the world to continue valuing the euro as a powerful global alternative. Probably when that time comes it will be too late and the alternatives will come from other currencies.

Destroying the purchasing power of currency isn’t a social policy. It’s the most antisocial. It’s impoverishing everyone.

The independence of the European Central Bank shouldn’t be in doubt; neither should its respect for its unequivocal mandate.