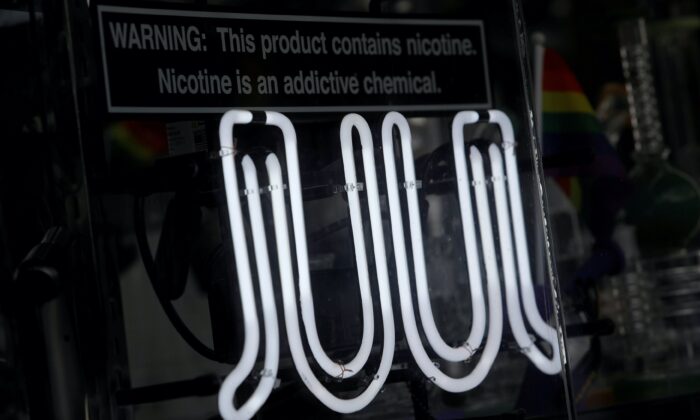 The Deeply Dangerous Attack on Enterprises Such as Juul

One of many of the major historical threats to prosperity goes by the name of regime uncertainty. This happens when the use of government power becomes predictably unpredictable. With legislative or court oversight, agencies lash out at commerce and civic life in general with edicts, pronouncements, impositions, mandates, and outright attacks, motivated not by stable law or science but by pure political vendetta.

Such regimes drive their societies into poverty because people and enterprises can’t plan for the future or build viable enterprises without fear that the authorities will randomly show up to crush them. People try to comply with the law, but the law keeps changing.

In fact, it isn’t really law at all, which is supposed to establish clear rules. Instead, it’s random fits of diktat based on nothing other than the will of the most powerful.

This is precisely what characterized the lockdown policies over the last 27 months. Without votes and even without juridical oversight, agencies all over the country began to write on the fly a wholly new rulebook for life. Some businesses had to shut. Others could stay home. The government said don’t hold house parties. Don’t sing in a choir. Put this thing on your face. Don’t wander too far from home. And so on.

The No. 1 concern when living under such a regime should be for the long-term prospects of economic and social thriving. If businesses can’t plan, and if governments can just issue orders that wreck everything an enterprise is trying to build, economic growth will grind to a halt.

We all hoped this style of government would have ended with the relaxation of COVID strengths. But governments with new power don’t like to give up that power. The state can become sadistic, issuing periodic reminders of who is really in charge and what they can do to anyone.

And on June 21, we received two such major reminders from the Food and Drug Administration (FDA). Over the objection of a vast number of scientists, and based on shoddy evidence of efficacy and necessity, the FDA approved COVID vaccines for toddlers. The decision was shocking for its obvious absurdities and dangers.

Only days later, the FDA dropped an inexplicable bomb by arbitrarily banning the sale of Juul vaping products, clearly targeting an entire company for destruction. Again, this decision was the product of no legislation or court judgment. The company did nothing wrong. What the agency said, according to The New York Times, was that Juul submitted “insufficient and conflicting data” about “potentially harmful chemicals that could leach out of Juul’s e-liquid pods. There wasn’t an imminent health threat to consumers, the FDA said, but it did not have enough evidence to assess the potential risks.”

What kind of standard is that? It’s simply dictatorship power levied against a single company. It wouldn’t surprise me at all to find special interests at work here. Note that the FDA didn’t attack any other vaping products on the market; it left them alone.

This is how authoritarianism works. There are no rules. There are only random and arbitrary victims—companies and people targeted as examples to demonstrate to others what those in power are capable of at any time. How is it even possible that the FDA possesses the kind of power that can issue a full ban on a product that is the lifeblood of a successful company?

The NY Times said this is “part of a newer regulatory mission for the agency.”

Clearly so, but it’s a highly dangerous path for enterprise in America, and it represents exactly the kind of arbitrary administrative power that can wreck economic growth. It’s doing exactly that just as the U.S. economy is dealing not only with soaring inflation, but also an impending recession that could be the worst in our lifetimes. Indeed, with such actions by the likes of the FDA and the Centers for Disease Control and Prevention (CDC), and countless other agencies, prosperity itself is in grave danger.

Let’s also note something incredibly obvious. Vaping is an alternative to real cigarettes. Driving out vaping products only drives people toward more dangerous alternatives. Indeed, Juul was the paradigmatic case of a company that had innovated a fantastic alternative to the dangers of smoking, about which the government has been warning for more than half a century.

The fantastic alternative comes along and, boom, the government also kills the highest performing company innovating and distributing exactly that!

This is why anti-smoking groups were just aghast at the decision.

“[E-cigarettes] are off-ramps that can provide smokers an alternative to combustibles, which are responsible for virtually every death related to tobacco,” said Clifford Douglas, director of the University of Michigan Tobacco Research Network.

“But now that off-ramp is being narrowed and sort of paved over, which is putting millions of adult lives at stake,” he said. “One hopes Juul can respond effectively to the request for more scientific analysis, make any product adjustments that may be called for, and again offer their products to adults in need.”

Can we also hear a word for freedom and choice? In the American system, we are supposed to exalt the rights of individuals and leave fundamental questions of risk assessment to them. We presumably don’t live in a centrally planned society in which individual choice is always contingent on the approval of authorities.

And notice where the FDA places the burden of proof: entirely on the enterprise. The FDA wanted absolute proof that Juul’s vaping products represented zero danger to consumers. That’s a tough standard. Knives and forks couldn’t pass such a standard. Nor pillows. Nor toasters. Nor any other product. Setting up such a standard is a path for allowing these administrative agencies full power to destroy any consumable.

Juul will appeal the decision and even hope for a court intervention. The costs of such legal baloney are enormous and it’s tragic that the company must bear them. Anyone who loves freedom and prosperity should hope for a hard and severe judgment against the FDA. Something needs to happen to curb this kind of power.

This problem is far broader than just the FDA or CDC, though those two agencies are the most conspicuous cases in recent years. The problem pertains to the entire administrative state and its dictatorial powers that override democratic consensus and the rule of law generally. This might indeed be the biggest threat we face today. And the problem is not just in the United States, but all over the world.

We need a complete rethinking of the relationship between the regulators entrusted with enforcement and the rest of society that hopes to retain some modicum of freedom. An agency like the FDA that can give a thumbs-up or thumbs-down on any product based on arbitrary standards—or more likely based on the interest groups it serves—is no one’s idea of justice or law.