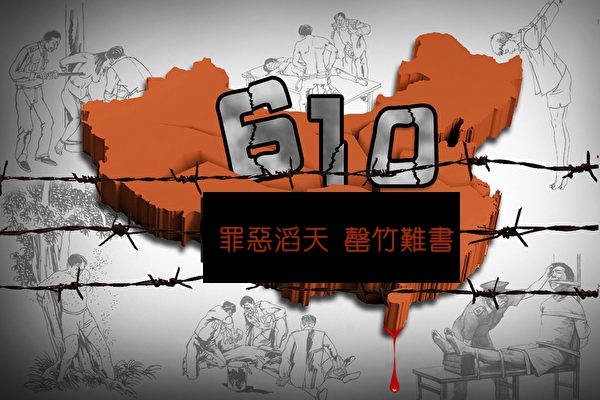 The recent slaying of a Chinese official by his subordinate is the latest in a long, bloody trail of human rights violations committed by an extralegal Party organization.

Sun Hengshan, 57, the current director of the 610 Office in northeastern China’s Jilin Province, was stabbed a dozen times by his subordinate at around 2:25 p.m. on June 8, reported state-run news website The Paper on June 11. Sun died from his wounds two hours later at a hospital.

The 610 Office is, in fact, a Gestapo-like secret police force that was established to carry out the persecution of Chinese citizens who practice the spiritual discipline, Falun Gong—which has been banned and severely suppressed by the Chinese regime since 1999.
Sun’s subordinate, surnamed Shi, escaped after the stabbing, but turned himself in at a police station in Kuancheng District, Changchun City, the capital of Jilin at about 4:00 p.m. Shi later admitted that he killed Sun as revenge for the poor job assessment he received in 2014, which subsequently led to his demotion.

According to The Paper, Shi is being held under criminal detention, pending an investigation.

Sun had a long political career in Jilin. Before he was named to his current position, he was a bureau chief under the Supervisory and Judicial Affairs Committee of the Jilin’s People Congress, the province’s rubber-stamp legislature; and a bureau chief at Jilin’s Commission for Discipline Inspection, an anti-corruption agency, posted to the province’s highest court, according to Chinese search portal Baidu.

Sun’s death added to the notoriety of the 610 Office, where 783 officials have either died from illness, suicide, car accidents while serving in their positions, or were dismissed following internal investigations into corruption crimes, according to Minghui.org, a website that tracks the ongoing persecution in China.

Falun Gong, also known as Falun Dafa, is a popular self-cultivation practice with meditative exercises and moral principles based on truthfulness, compassion, and tolerance. After its introduction in China in 1992, the number of adherents reached 70 million to 100 million by 1999, according to official estimates. Then-Chinese Communist Party (CCP) leader Jiang Zemin believed the group’s popularity to be a threat to communist rule.

Jiang established the 610 Office on June 10, 1999, hence its name. Offices were created nationwide within 10 days. Since then, hundreds of thousands of Falun Gong adherents have been arrested and subject to abuse, torture, and forced labor while being incarcerated in prisons, brainwashing centers, and psychiatric wards.

Falun Gong practitioners in Jilin Province are among the most brutally persecuted. According to Minghui.org, more than 290 adherents have been killed in Jilin as of June 12, with only China’s other northern provinces of Liaoning, Heilongjiang, and Hebei having a higher death toll. Given the difficulty in passing sensitive information out of China, the true death toll is likely much higher.

Many 610 officials have met ill fates. Yang Shuntian, former director of the 610 Office in Luyuan District, Changchun, colluded with authorities in schools, police stations, and the judicial system to harass, arrest, and detain over 100 local Falun Gong adherents, according to Minghui.org. He has since been dismissed from his position.

Liu Yuanjun, former head of the Changchun City 610 Office, once detained over 5,000 adherents in the city within the span of ten days under Jiang’s orders, according to Minghui.org. He died of lung cancer at the age of 54 in April 2006.