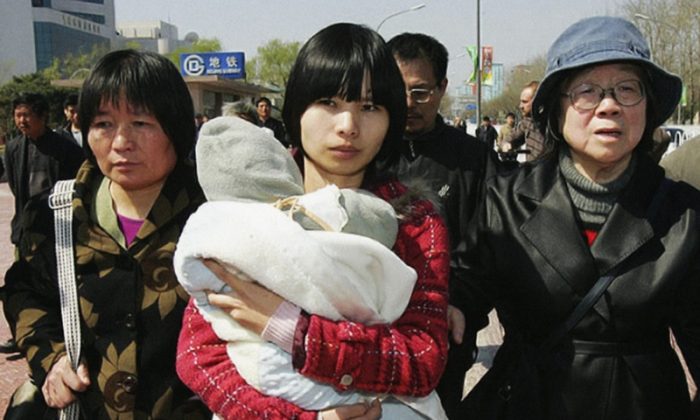 Zeng Jinyan (C), in the documentary “Forbidden Voices,” is under house arrest and her husband is sentenced to 30 years in prison for her passing information out about her blog.
Entertainment

The Dangers of Blogging in Oppressive Regimes: Film

For all practical purposes, the act of blogging is illegal in China, Cuba, and Iran. Despite violent state harassment, three women representing each country have become superstars of citizen journalism. Barbara Miller profiles this brave trio of bloggers in Forbidden Voices, which screens during the 2013 Brooklyn Film Festival.

Probably the best known of the three, Yoani Sánchez blogs at www.desdecuba.com/generationy. Her reports on Cuban political prisoners and their mothers, wives, and daughters, dubbed the “Ladies in White,” have been picked up around the world.

Like many of the peaceful protesters she covers, she has been savagely beaten by Castro’s thugs. Ironically, her international reputation provides her a measure of protection, but there is no mistaking the real and present danger she lives with constantly.

For example, during the course of Forbidden, Sánchez reports the suspicious prison death of Orlando Zapata Tamayo and struggles to save the life of hunger-striking Guillermo Fariñas.

As brutal as the Castro regime might be, Zeng Jinyan probably faces an even more perilous situation in China. A human rights activist who blogs at www.zengjinyan.wordpress.com, Zeng was crudely blocked from leaving her apartment by Chinese Communist Party enforcers, well before she was officially sentenced to house arrest.

With her fellow-activist husband Hu Jia incarcerated, Zeng deals with the challenge of raising her young daughter by herself, in her state of captivity.

Farnaz Seifi now lives in the safety of exile, but her blog has long been terminated by Iran’s special Internet secret police. She tries to support activists within the Islamist state by publicizing their plight as best she can, but she fears the reprisals her family might consequently suffer.

Evidently, it is relatively easy to smuggle hidden cameras into Cuba, because Voices includes more coverage of Sánchez than of her blogging colleagues. Yet, the images of Zeng are probably the most dramatic, including a brief interview with the confined woman, shouting down from her window. This is not meant to shortchange Seifi. She has seen the inside of interrogation chambers, and her concerns for her family, friends, and country are genuine and genuinely moving.

Indeed, all three women are truly heroic, pure and simple. By shining a spotlight on Sánchez and Zeng, Miller makes it more difficult for their oppressors to make them conveniently disappear.

When watching Voices, viewers will start to understand that conditions are far worse in each country than even the most steadfast critics of communism and Islamist fundamentalism most likely realized. This is truly an often shocking but extremely timely and compelling exposé.

Frankly, it is hard to conceivably imagine how the upcoming Human Rights Watch Film Festival could proceed without this film, but give the Brooklyn Film Festival all due credit for selecting it.

Forbidden Voices is a case of cinematic journalism at its finest. These are stories that need to be told. Miller also pays tribute to the blogging ideal, rather elegantly celebrating the powerful and surprisingly poetic quality of their words. As a result, it is also quite rewarding when judged as a film on strictly formalistic criteria.