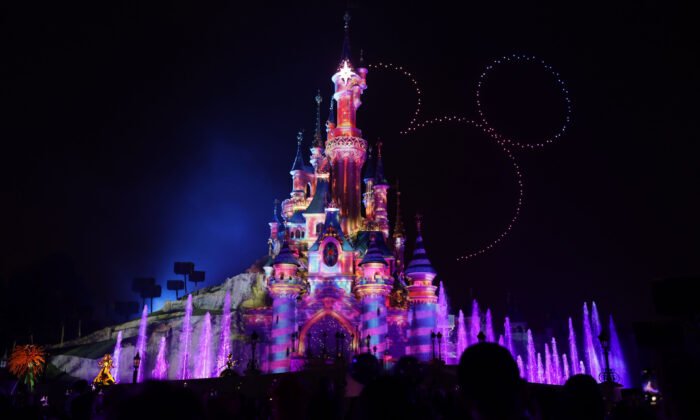 The Crisis at Disney: Part 2—An Evaporation of Originality?

In looking through the list of films being released in 2022 by the Walt Disney Co., it is difficult not to experience an acute sense of déjà vu. No other Hollywood studio can rival Disney when it comes to churning out surplus amounts of remakes, reboots, and franchise extensions for its content.

During the first half of this year, Disney offered another entry in the Ice Age franchise (“The Ice Age Adventures of Buck Wild”), an all-star remake of the 1978 Oscar-winning mystery “Death on the Nile,” a gender-swapped version of “Cinderella” called “Sneakerella,” a new version of “Cheaper by the Dozen,” the latest Marvel Cinematic Universe entry “Doctor Strange in the Multiverse of Madness,” a big-screen version of the long-running TV series “Bob’s Burgers,” a hipster film reboot of TV series “Chip ‘n Dale Rescue Rangers,” and a “Toy Story” backstory adventure with “Lightyear.” The Disney+ titles “Turning Red” and “Better Nate Than Ever” represented the very few original concept productions under the Disney banner.

For the second half of the year, the company is putting forth “Thor: Love and Thunder” with Chris Hemsworth flexing his superhero muscles again, a live-action/CGI hybrid of “Pinocchio” with Tom Hanks as Geppetto, and a quartet of belated sequels—“Hocus Pocus 2,” “Black Panther: Wakanda Forever,” “Disenchanted,” and “Avatar 2.” David O. Russell’s all-star “Canterbury Glass” and the animated feature “Strange World” are representatives of originality in the mix.

Has the creativity well at Disney run dry? Or has the company found the right strategy in creating endless replications of well-known material?

Disney is no stranger to milking the success of its vehicles—in the glory days of VHS videos and DVDs, the company previously churned out direct-to-video sequels to its big screen hits “Aladdin,” “Pocahontas,” “The Lion King,” and “The Little Mermaid.”

“Disney has been in the recycling business for years,” observed Eric Kohn, executive editor and vice president of editorial strategy at IndieWire. “That’s the reason why it made some of the most high-profile entertainment acquisitions of the past 10 to 15 years. Look at the billion-dollar acquisition of Star Wars—that wasn’t an investment in originality. It is creating original Star Wars stories from existing property. Same thing for Marvel—these are IP factories that can function within Disney, which itself has been an IP factory for generations.”

Kohn explained that familiarity is key to Disney’s multiple ventures, noting that the “entire idea of the theme park is about visiting IP—it’s not about original storytelling.”

Jerry Dean Roberts, film critic with ArmchairCinema.com, stated the long list of non-original work was “troubling” and would not appeal to Disney aficionados that prefer the classic output to more recent works.

“The list looks a little corporate,” he said. “It’s not overwhelming with a lot of imagination or creativity. I don’t think Walt would have approved of this.”

Nonetheless, Roberts acknowledged that there was logic to this approach.

“It’s moving to what’s safe,” he continued. “And I think that’s due to the changes that are taking place within the industry. Many people are not going to movie theaters anymore— they’re not spending money, so they have to go with what is safe and what is reliable.”

Rebekah Barton, senior entertainment editor for the Inside the Magic blog that focuses on all things Disney, agreed that the company’s content strategy was concentrated on the business aspect of show business.

“The company did lose a lot of money during the pandemic years,” she said. “From a business standpoint, there’s no guesswork. With something like ‘Turning Red,’ you have to wait and see where it lands because people aren’t familiar with the characters and the concept, so there’s a little more of a risk to it.”

The Challenge of Original IP

In 2021, Disney had three original IP animated features in theatrical release: “Raya and the Last Dragon,” “Ron Gone Wrong” (from the company’s 20th Century Studios division) and “Encanto.” A fourth feature, Pixar’s “Luca,” was also an original IP property but went straight to Disney+ and only played theatrically in countries where the streaming service is not available.

Barton noted that introducing these new projects to the public was a tricky proposition.

“I think some of it was just sheer timing,” she said. “‘Raya,’ for example, was right at the height of the pandemic. I think merchandising for ‘Raya’ has since improved—you see a lot of ‘Raya’ merchandise in the parks flying off the shelves and a lot of kids dressed in ‘Raya’ costumes. I think that by the time ‘Ron’s Gone Wrong’ came out, people were more used to watching a new film on a streaming platform. I think there were just wrenches thrown into those releases that maybe didn’t give them the most viable shot.”

On the other hand, “Encanto” resonated with audiences in a manner that the other new animated films did not.

“‘Encanto’ was the perfect example of a project which brought together all the right ingredients: entertaining storylines, great animation, perfect catchy songs from award-winning composers and the ability to tap into a diverse audience that was hungry for seeing stories about characters who are not the usual white storybook princesses,” said Ramin Zahed, editor-in-chief at Animation Magazine. “Both ‘Raya’ and ‘Ron’s Gone Wrong’ were released at a time when theaters were still suffering from COVID shutdowns—and while they both had much to offer, perhaps they weren’t able to instantly win over audiences and critics as well as ‘Encanto’ did. ‘Encanto’ also benefited from being released in time for the Thanksgiving and Christmas holidays and basked in the glow of all the critics’ awards and, of course, the Oscars.”

Rubén Rosario, film critic with MiamiArtZine, added that “Encanto” is in line to be the next Disney property for the franchise treatment.

“I hear that there’s going to be some kind of attraction at Disney from ‘Encanto,’ so this is clearly something that was a success,” he said, “And they’re really trying to get more out of their parks.”

Rosario also observed another aspect of Disney that runs simultaneous to its family-friendly fare: the more mature titles, usually from its Searchlight Pictures division, that are placed on the Hulu streaming service where the company owns a majority stake. Earlier this month, Hulu premiered Searchlight’s raunchy gay rom-com “Fire Island,” the first LGBTQ-focused feature by a Disney division (albeit without Disney branding).

But Rosario felt baffled by the decision to put Pixar’s family-friendly “Turning Red” on Disney+ rather than give it a chance in theatrical release.

“There’s really no excuse for ‘Turning Red,’ there really wasn’t,” he complained. “It was foolhardy of them because they alienated the people who work at Pixar—there were reports of employees being very, very disappointed and even angry at the decision.”

A Good Word for Reboots

And at the same time, reconfiguring older material in new guises isn’t considered by Disney observers as a self-immolating act of been there/done that.

“I went to see the ‘Doctor Strange’ sequel and I had a blast,” Rosario said. “I thought it was the most fun I’ve had with the Marvel films since the first ‘Avengers.’ The Marvel movies feel like they are made by committee, and this felt like the work of a singular filmmaker [Sam Raimi]. If this is the direction where they are going to move, I am a little excited.”

Inside the Magic’s Rebekah Barton gave her thumbs up to the latest spin on the Lucasfilm properties.

“‘Rogue Squadron’ intrigues me,” she said. “I’m a Star Wars specialist and that one is huge for me—I’m really intrigued to see where that goes. I’m also interested to see if ‘Lightyear’ breeds anything else. There’s been a lot of talk that perhaps it could breed some kind of a Woody addition, which obviously hasn’t been announced, but I think expanding the Toy Story Universe is interesting. Disney has recently rethemed the Paradise Pier Hotel at Disneyland to Pixar with a heavy Toy Story focus, which makes me think they’re not going to just abandon that franchise.”

Animated Magazine’s Ramin Zahed was willing to cut Disney some proverbial slack for its content output.

“I don’t think Disney is running out of new ideas,” he said. “It all goes back to the which ideas are safer and have an automatic audience—and those are franchises, sequels, reboots that have proved to be audience favorites in years back. The same truth holds for other big studios producing animation: DreamWorks, Illumination, Sony, Warner Bros. Studios are reluctant to invest in new ideas because they are more risky than familiar franchises.”

But with a 2023 release slate that will include live action versions of “Snow White” and “The Little Mermaid,” the fifth installment in the Indiana Jones franchise and sequels to “Guardians of the Galaxy” and “Cruella,” ArmchairCinema.com’s Jerry Dean Roberts is not a happy camper.

“It’s frustrating for somebody like me who wants something original,” he lamented. “I want something bold and new. I don’t mind some brand names once in a while, but that seems to be 99 percent of what you’re getting. And I don’t see that changing.”

Part 1 in this series can be accessed here: The Crisis at Disney: Part 1—Bob Chapek’s Blunder Road