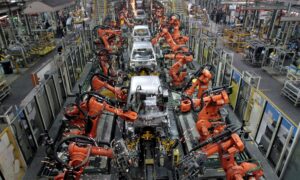 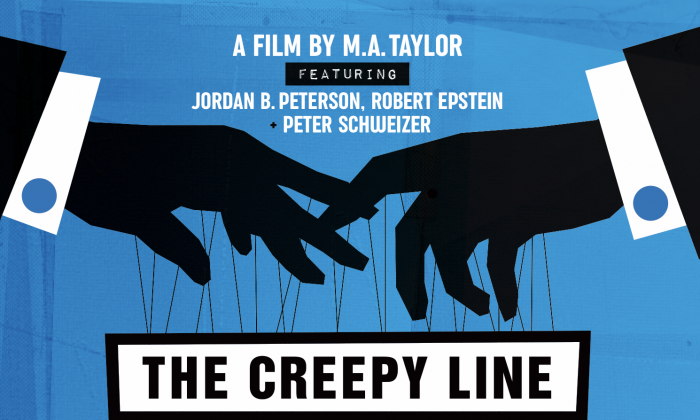 (The Creepy Line)
US Features

When considering election interference, news of state actors such as Russia and China engaging in “fake news” campaigns on social media has dominated the headlines.

Largely missing from the discussion, until recently, has been the power available to tech giants—specifically Google and Facebook—to influence the behaviors of their users, including voting behavior, in ways that are extremely difficult to track or even perceive.

That’s a power with the potential to subvert democracy, and one that must be kept in check, according to “The Creepy Line,” the latest film by M.A. Taylor and Peter Schweizer, which premiered Sept. 17 in New York and Sept. 19 in Washington. The premiere coincides with President Donald Trump’s recent drafting of an executive order tasking federal agencies with examining online platforms for bias and antitrust issues.

The film gets its title from former Google CEO Eric Schmidt’s now-infamous 2010 declaration, shown in the film: “There’s what I call the creepy line, and the Google policy about a lot of these things is to get right up to the creepy line, but not cross it.”

He goes on to say, “I would argue that implanting things into your brain is beyond the creepy line … at least for the moment.”

Yet this is exactly what is happening, the filmmakers contend, based in part on research by Dr. Robert Epstein, a Harvard-trained psychologist and former editor-in-chief of Psychology Today, who is featured in the film.

In 2015, Epstein published a study demonstrating that search results favoring a political candidate can dramatically influence undecided voters (pdf) to vote for that candidate, and can be done in such a way that the voters are largely unaware they were influenced.

During the 2016 presidential election, he gathered search engine data using a “Nielsen-ratings-type network of confidants,” documenting what results their searches yielded. The resulting study showed a significant pro-Clinton bias in Google search results, which Epstein estimated could have influenced millions of voters in her favor.

In response, Google said it didn’t seek to manipulate political sentiment, or make “ranking tweaks” to search results. But Epstein said he’s not contending Google actively changed its rankings. The point, he told The Epoch Times, is “they have the power.”

“I don’t think they should have the power. … Wherever that statistical bias came from, it shifts opinions, it shifts votes, it changes decisions, it affects beliefs, it affects attitudes,” Epstein said. “Who cares—in a way—where it came from. You can’t allow that to happen, at least not with elections.”

From this comes Taylor’s motivation for making the film. “I believe there’s one day in America where we all get to be equal: billionaires, and businessmen, and baristas, and that’s Election Day,” he told The Epoch Times. “We all get one vote … so that day needs to be protected. At all costs.”

While it doesn’t show any deliberate efforts on Google’s part to bias voting-related search results, a leaked post-2016 election video of a Google meeting recently published by Breitbart includes co-founder Sergey Brin saying he is “deeply offended” by Trump’s election, and reveals that Google staff have strong biases against the administration.

“It’s a question of ‘convince me you’re not doing it if you can,’” psychology professor Jordan Peterson says in the film, in which he explores the ethical considerations around the film’s revelations.

Peterson believes that the onus is on the tech giants to prove themselves to the public and regulators. “There’s no reason for me to believe that you’re not subject to the same dark motivations of power and domination that are characteristic of any system that has the capacity for power and domination,” he says.

So what’s the solution? Schweizer, in the film, says regulation. Epstein, for his part, told The Epoch Times he believes that regulation takes much too long to enact, especially with the elections being mere weeks away. He is working with business partners and academics on three continents to create a monitoring system, involving the network of confidants he developed for 2016. If, while using this system, his team were to find evidence of bias or manipulation, they could report it immediately to all the stakeholders.

“I think it’s just a must. You have to set up these systems,” Epstein said.