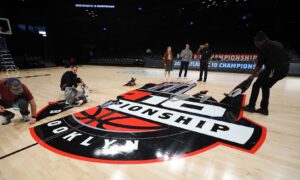 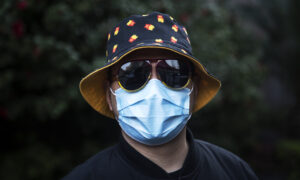 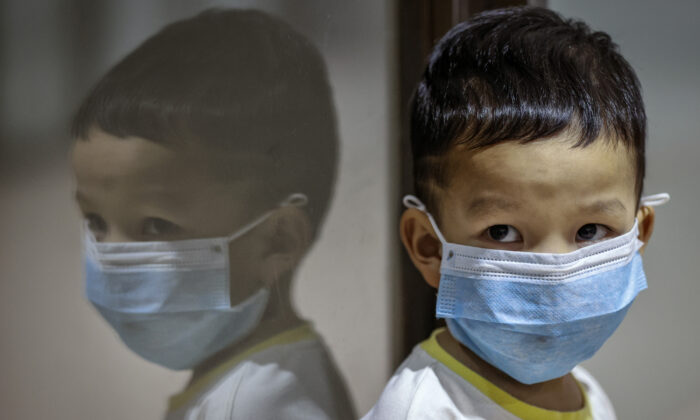 A child is seen wearing a facemask, as public fear over the CCP virus grows, at the Ninoy Aquino International Airport, in Manila, Philippines, on Feb. 3, 2020. (Ezra Acayan/Getty Images)
Viewpoints

The Coronavirus Is Striking Young People

As the world now grapples with more outbreaks of the CCP (Chinese Communist Party) virus*, commonly known as novel coronavirus, we have gleaned more data and information from around the globe about its effects on various segments of the population.

Reports from medical professionals around the world are now showing that this pandemic is affecting younger individuals, not simply the elderly.

On March 18, the White House acknowledged as much during a press conference when Dr. Deborah Birx, a member of the coronavirus task force team, said, “We are concerned about the early reports coming out of Italy and France.”

“There are concerning reports out of France and Italy about some young people getting seriously ill and getting very ill in the ICUs,” she said.

Over the past week, I’ve been getting statements from doctors and nurses, and they have reiterated this trend, which now shows that previous thinking on this topic—that only the elderly or those with underlying health conditions needed to worry about contracting coronavirus—is incorrect.

“It is highly contagious and does affect every age group. Children, healthy young people as well as the immune compromised and elderly,” said one doctor in New York who spoke on condition of anonymity.

“One of the major issues has been that young people that think they are healthy are in fact COVID-19 positive and continue to spread it [because] they are ignoring the social distancing advisory and are going out to restaurants, bars, beaches, etc.,” the doctor explained.

“There is a shortage of N95 masks and respirator masks already, so if this gets out of control, the doctors won’t be able to treat critical patients,” the doctor added.

Many were outraged this week after photos and video surfaced of kids partying in Miami during Spring Break, rather than adhering to the 15-day quarantine specified in new containment guidelines published by the Centers for Disease Control (CDC).

That weekend, Florida was one of the jurisdictions that imposed new restrictions aimed at curbing the spread of the virus. Yet, since the spread of the virus from China to Europe and the United States, many young people have been misled into believing that this pandemic only affects those who are much older and have underlying conditions.

“It’s a lot worse than they are letting on,” said another medical practitioner in Arizona, who also asked not to be identified. “A lot of younger healthy people [are] in critical condition,” the practitioner added, before stating that their hospital has had “more patients and seen more related deaths the media is not reporting.”

This particular hospital has had as coronavirus patients a 40-year-old marathon runner, as well as a previously healthy woman in her 30s on ECMO, an abbreviation for extracorporeal membrane oxygenation, “an advanced life support technique used for patients with life-threatening heart and/or lung problems,” as defined by the Children’s Hospital of Philadelphia website.

The practitioner also provided some detail that has been missing from much of the mainstream media’s reporting within the United States.

“I’ve been told by doctors here that 50 percent of the ICU cases in Italy are under 50 years old,” the practitioner said. “So, I’m a little worried that everyone is vulnerable.”

To further highlight the seriousness of this illness, a doctor from Italy, who also asked not to be identified, said that hospitals there are seeing patients arrive and deteriorate so quickly they fall into a coma within three hours.

The Hill reported on a new CDC report that showed “younger Americans are contracting the virus at the same rates as those who are older.”

It also found that “of more than 2,400 cases of COVID-19 that have occurred in the United States in the last month … between 1 in 7 and 1 in 5 people between the ages of 20 and 44 in the sample of those who are confirmed cases require hospitalization, a level significantly higher than the hospitalization rates for influenza,” but adding that “The true percentage of young people who require hospitalization is likely much less, because many remain asymptomatic.”

And even though the mortality rate might still be lower for young people who become infected, there can be lasting consequences.

“Lots of young people are getting hospitalized, a lot more than we’re messaging, and, yes, maybe you don’t die, but living with a damaged lung or damaged organ is not a good outcome,” Prabhjot Singh, a physician and health systems expert at Mount Sinai Health System and the Icahn School of Medicine, told The Hill.

*The Epoch Times refers to the novel coronavirus, which causes the disease COVID-19, as the CCP virus because the Chinese Communist Party’s coverup and mismanagement allowed the virus to spread throughout China and create a global pandemic.

UPDATE: The quote from The Hill on the CDC report has been updated following The Hill’s clarification regarding the CDC’s study sample and number of confirmed cases.