Arab World Still in Turmoil With Hopes for Freedom
0

Woodrow Wilson, Henry Ford, and the Dispute Over the Automobile
0 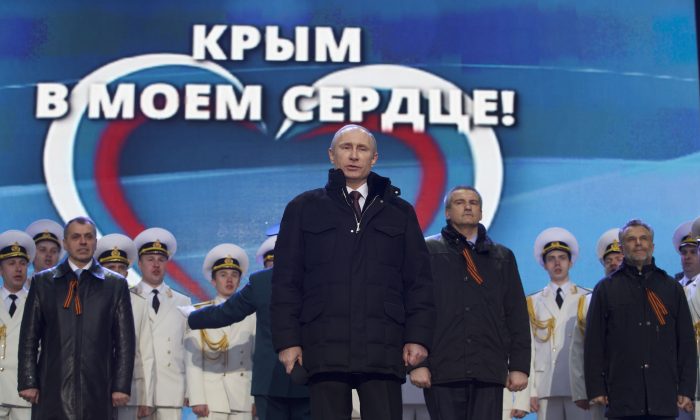 The Concept of ‘National Interests’ Is Misleading and Dangerous

We often hear politicians talking about “national interests” to justify government decisions, especially in international affairs, to demonstrate that they are patriotic and righteous. Since this concept is so poorly defined and can be interpreted in almost any way you want, “national interests” can easily migrate into “patriotism” or “protecting citizens,” which was used by Russia’s Vladimir Putin to lay claim to Crimea.

“National interests,” “nationalism,” and “patriotism” are all almost the same in that they give politicians a way to claim the high moral ground and silence potential opposition to their policies. Hitler used this slogan to arouse the proud national instincts of the German population to make dangerous adventures abroad.

In religious countries like the United States and Israel, where most people believe in God and follow his teachings to be good citizens, everything should follow God’s teachings in dealing with its own people and other countries. Only the wishes of God should be the sole “national interest.” These include, for example, that citizens should at least have basic food and housing (no homeless left behind); children should be able to get vocational education without incurring heavy debt; people should be encouraged to work instead of lifelong reliance on welfare; and politicians should never put money in front of principles.

As the only superpower in the international community, the United States should make sure that international law is observed, that criminals are brought to justice, and that everyone is treated fairly. The United States contributed greatly to world peace after World War II, but the war in Iraq is obviously wrong because Iraq did not commit crimes worthy of the death penalty, even if it did have stockpiles of chemical weapons. In its dealings with Chinese communist regime, the United States gives people the impression that it is only paying lip service to basic human rights.

Throughout history, many outrageous crimes against humanity were committed under the “national interests” rubric and as a result brought severe harm to its citizens. Consider Germany in the 1940s; Japan during World War II (crimes in Korea and throughout Asia); the Soviet Union (millions of its citizens killed and suppression in many other countries); and China today (poisonous fog for decades of mistreatment of its citizens). All these crimes were committed under “national interests.”