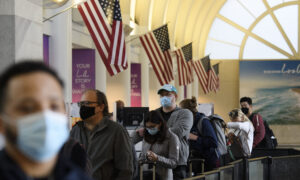 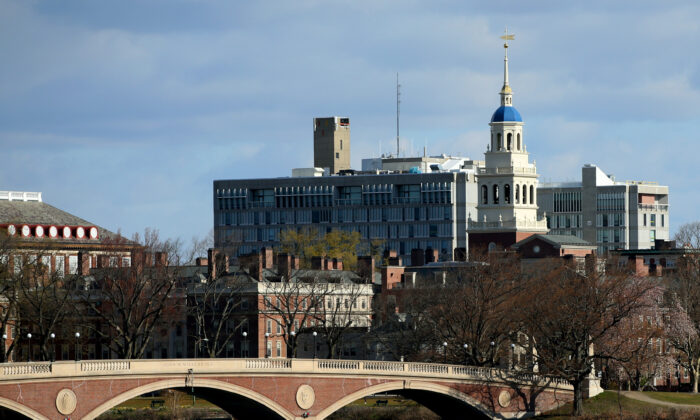 The Chinese Regime Versus the US, and the Battle for Scientific Dominance

According to Joe Augustyn, a decorated veteran of the CIA, when graduate students from China come to the United States, officials in Beijing brief them before they depart and brief them when they come back. This makes the U.S. Embassy and Consulates’ recent decision to reject the visa applications of 500 STEM [science, technology, engineering, and mathematics] students, all of whom were graduate students, a wise one.

After all, the Chinese Communist Party’s (CCP) appetite for intellectual property theft and acts of espionage, which are really two sides of the same coin, is insatiable. The infiltration of key American institutions has been, and continues to be, a major goal of the CCP. Targeting the epicenters of scientific advancements makes complete sense, as the wars of tomorrow will be won in cyberspace, not on remote battlefields. The CCP knows this better than most, hence the desire to send so many STEM students to the United States, the world leader in science.

But what about U.S. students? Are they interested in pursuing STEM careers? The answer appears to be a rather resounding “no.” American students, according to Pew researchers, find STEM daunting. Science, math, and engineering, they contend, are just too difficult. More recently, the author Marco Sanau warned that the country is on the verge of “a significant technology crisis,” as it has “fallen behind both China and India in producing math, science, and engineering graduates.”

This, writes Sanau, will have “significant implications for the competitiveness of the U.S. economy and the effectiveness of Washington’s technology-dependent national defense strategy.” The STEM crisis, we’re told, threatens America’s national security. As social sciences majors such as anthropology and sociology increase in popularity, hard sciences fade into oblivion.

Educating the Children of Today for the World of Tomorrow

Malcolm X famously called education “the passport to the future.” Tomorrow, he argued, belonged “to those who prepare for it today.” Considering that the future is inextricably linked with STEM, and that many Americans are ill-equipped for the challenges that await, the future looks rather uncertain.

Meanwhile, in China, the most popular college majors include software engineering, electronic information engineering, automation, computational science and technology, and applied mathematics. Now, before I am accused of praising China, let me state one thing: Just as adults shouldn’t be praised for seeing the wisdom in brushing their teeth, countries shouldn’t receive praise for recognizing the importance of math, science, and engineering. It’s common sense. However, when countries ignore the importance of STEM, consciously or otherwise, criticisms are most definitely warranted.

The United States currently is getting torn apart by critical race theory. As Christopher Rufo has so expertly shown, young children across the country are being exposed to radical, fact-free ideas. Education has been replaced by indoctrination. Nefarious ideologies now permeate every aspect of American education, from public schools right up to elite universities. At Yale, for example, a psychiatrist was recently invited to give a talk to students, and talk she most certainly did … mostly about her fantasies of executing white people.

Is this really the best way of preparing students for the world of tomorrow? What valuable skills are being learned? Who stands to benefit when the country is divided and distracted by racialized nonsense? Not the United States.

All is not lost, however, far from it. There is a reason why so many foreign students pursue degrees with U.S. universities, and that’s because the United States is home to some of the best universities in the world. Furthermore, it’s still the world leader in scientific research. However, when prestigious universities such as Yale are turned into intellectual cesspools, questions need to be asked. If children are being taught that math is racist, rather than the fundamentals of math, who benefits? The children? Not at all. The Chinese regime? Yes, and any other country that seeks to do harm to the United States. To equip the children of today for the world of tomorrow, a thorough knowledge of science and mathematics is absolutely vital.

To counter China, as I have proposed elsewhere, a reacquaintance with science is desperately needed. This year, President Joe Biden promised to spend $250 billion on scientific research. Last year, China spent $128 billion more than the United States on research and development. With Xi Jinping’s aggressive calls to accelerate the country’s scientific achievements, expect the sizable investments to continue, and to increase in size.

The United States is clearly now in a position of scientific power. Nevertheless, the Biden administration must do everything in its power to address the STEM crisis—now, before it’s too late. It’s in the best interest of every American, regardless of skin color or political affiliation, to be prepared for the opportunities, as well as the threats, that await. For this, STEM skills aren’t just necessary, they’re absolutely critical.