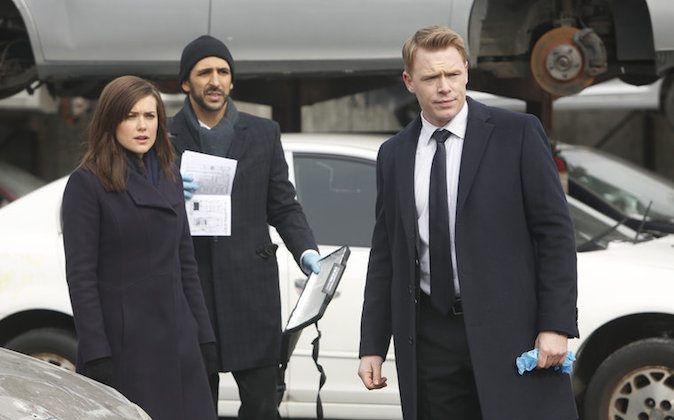 Film still from the crime drama "The Blacklist." (NBC)
Entertainment

The Blacklist Season 1 Spoilers: Tom and Liz Will Say ‘I Do’ in Episode 17 [+Video, Photos]

When a new cyber defense asset gets stolen, a Russian cyber terrorist known only as “Ivan” (guest star Mark Ivanir) is the suspect.

Red will assist Liz to discover a huge cover-up.

Meanwhile, new evidence surrounding the disappearance of Jolene will reveal some of the mystery behind Tom.

Also in the episode, Tom and Liz will renew their wedding vows. This is the second time Liz has married someone who has listed her as a “target.”

Craig, Tom’s older brother, is set to feature at some point because of this event.