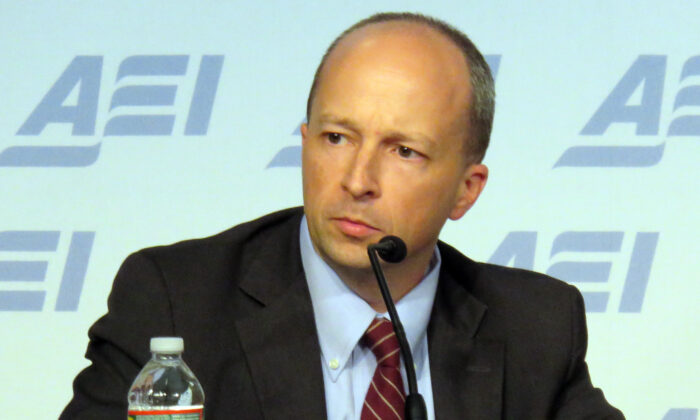 The Betrayal of the Elites

In an important new book, political scientist Yuval Levin argues that we have lost faith in our institutions—public, private, civic, and political.

We need institutions. We need families, associations, churches, corporations, trade unions, political parties, professions such as law and medicine, as well as the formal institutions of government such as Congress, the presidency, and the courts.

They are, as Levin puts it, “the durable forms of our common life.” They serve purposes or missions, such as educating the young, resolving disputes, or defending the country. They give life meaning by assigning roles, teaching self-control, and enforcing standards. In the process, they form the character of those who participate in them.

But we no longer trust them. What went wrong?

From Molds to Platforms

There has been a big shift in the way elites, those who play a leadership role in our institutions, treat them. Instead of seeing their institution as a mold that forms and shapes their character and behavior, they treat them as platforms for promoting their own.

Think of a new member of Congress who is less interested in learning and conforming to the traditions and expectations of the House than using it as a platform for gaining fame and celebrity. Congress—by its own will, Levin argues—has become increasingly weak and ineffectual. Its members seek publicity and fame through social media and other avenues even before learning or accomplishing anything of substance in Congress itself.

Indeed, Levin notes, political leaders often appeal to their outsider status—claiming not to be part of the Washington bubble or swamp themselves—as a way to enhance their own power. Even as leaders, they criticize their own institutions as if they were not themselves responsible or in charge of them.

The one exception to the breakdown of confidence in institutions is the military. In that case, the formation of character—fitting those serving with the sense of duty, mission, and self-effacement of one’s own interest—is recognized and primary. It’s rare for a soldier in uniform to use the military as a platform to promote himself, not, anyway, until resigning or retiring from duty. We trust the military, beyond other institutions, to do its job of forming those who serve.

Levin shows the need to rebuild institutions and to form elites who can better lead them. He spends much space criticizing anti-elite populism.

But Elites Are the Problem

The problem with all this is that it underplays the extent to which our most important institutions have been undermined systematically by the very elites who are supposed to lead and represent them.

President Donald Trump, a performer rather than a self-effacing institution-builder, tapped into the loss of confidence in our institutions and promised to shift policy in ways that would strengthen them. He talked of draining the swamp of the federal bureaucracy, which had become an “administrative state” pursuing its own interests and policies.

In the case of Trump’s presidency, deep hostility has been evident not only in the violent demonstrations of Antifa, but also in all the leading institutions of society. The administrative state itself has been a center of resistance to the elected president—running its own unelected government even as it asserts its own professionalism and commitment to the Constitution.

We see this from the start in Trump’s White House itself. An opinion column by a senior official in the Trump administration in the New York Times makes the position clear. It’s called “I Am Part of the Resistance Inside the Trump Administration.”

The author, writing under the name Anonymous, boasts of working diligently to thwart the president’s policies even while working for him. Trump, the author says, is unaware of the extent to which “many of the senior officials in his own administration are working diligently from within to frustrate parts of his agenda.”

The point is that Trump was elected and is supported by tens of millions in order to carry out his agenda, not that of establishment Republicans or “Never-Trumpers,” or of Obama holdovers still in his administration.

The Wall Street Journal recently carried an opinion piece from one of the rare figures, a (former) official within the Trump administration who was a director of strategic planning in the National Security Council (NSC), who supported Trump’s policies.

The author, Rich Higgins, confirms but deplores the overwhelming opposition to the president among executive branch staffers. As he portrays the situation on the NSC staff, those who faithfully sought to implement the president’s policies were thwarted by more senior officials on the NSC who were Obama holdovers. Those who attempted to carry out the sitting president’s policies, Higgins among them, were isolated or fired for their loyalty.

Liberal media denounced what it called the firing of Lt. Col. Alexander Vindman, the army officer detailed to serve the NSC, as retaliation for his testifying to the House about Trump’s Ukrainian phone call. Higgins takes a different view. His point is not that Vindman was not, in fact, fired or investigated, but that he was disloyal.

Vindman’s duty, he says, “was to serve loyally until he felt he no longer could, then resign. Resistance while in uniform undermines good order and discipline and is especially dishonorable.” It was not Higgins but Vindman, lauded by the liberal media as he was, who undermined the institutions he was sworn to serve.

But the problem is wider and deeper than the kind of internal “resistance” described from one side by Anonymous, another by Higgins, and the very existence of that which progressives dismiss as a “deep state conspiracy theory.”

Levin begins his analysis with the institutions of our national government and works his way down to the foundational institution that involves us all, the family. But suppose we look at the problem the other way round.

No institution is more fundamental or important than the family in molding us from birth on. A large body of research from scholars across the political spectrum has established the importance of family structure, of growing up in a married two-parent family, as a protective factor for every social indicator—our health and longevity, life expectancy, involvement with the criminal justice system, education, earnings, and marital success.

Recent research indicates that family and faith (attending church or other place of worship and defining oneself as a very religious person) play a larger role in educational achievement than school-based efforts to close the gaps among racial and ethnic groups.

A meta-analysis (study of studies) examined 30 studies of attempts to bridge the achievement gap between white students on one hand and black and Latino students on the other. It “revealed that, if an African American or Latino student was a person of faith and came from a two-biological-parent family, the achievement gap totally disappeared, even when adjusting for socioeconomic status.” [emphasis added]

Yet progressive elites beyond the administrative state—in academia, law, media, sports, big business, and entertainment—have targeted, unrelentingly, just those institutions that are most important in the lives of ordinary people.

It’s the advocates of identity politics who have attacked the institutions of marriage and family, not the populists. These ideologues have used their own institutions as platforms to train others, in psychology, social work, and other fields. The aim is not to support those they serve by helping them strengthen families and marriages, but to liberate individuals from the grip of those institutions.

The sexual revolution has gone far beyond seeking legal recognition for alternative forms and definitions of marriage and family. Its adherents seek to stigmatize and expel from public life those—individuals, parents, businesses, and faith communities—that defend those foundational institutions.

They attack as bigots and haters those whose views were the common sense of almost all communities everywhere just a few decades ago. Such people, according to the new orthodoxy, are unworthy of the right to free speech, free exercise of religion, or the right to pursue in peace their professional vocation or conduct their business enterprise.

Looked at this way, it’s the progressive elites who are destroying our institutions, opposing their purposes and missions, and so the meaning and structure of our lives. It is Trump, a performer unmolded and unintimidated by the ways and customs of political institutions and offices, who is leading the defense of our basic institutions.

His policies aim to defend families and their rights, to uphold school choice, religious freedom and protection of conscience, and the right of children in the womb, the most vulnerable and innocent of all the human family, not to be killed.

Trump and his policies provide at least a moment of respite from, and pushback against, the totalitarian impulses of progressives who seek to politicize and control every aspect of life.