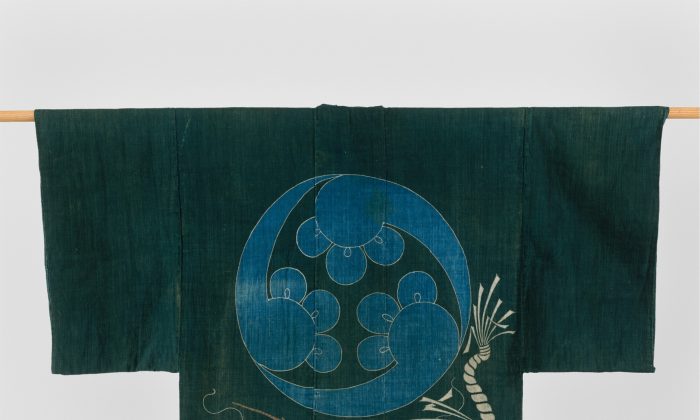 The Beauty of the Kimono

Recently, I saw the most beautiful and interesting exhibit on kimonos. It should be on the must-see list of everyone who loves fashion. But you’ll have to hurry because the exhibition “Kimono: A Modern History” is showing at The MET until January 19.

The exhibit covers the history of kimonos dating from its beginnings hundreds of years ago to the present. Kimono, meaning “thing to wear,” is not static; it has changed with, and been influenced by Japanese tradition, Western ideas, and modern invention.

During the Second World War kimonos were used as propaganda. They were made of cheap fabric (silk was too valuable and was needed for the war) and printed with pictures of ships, soldiers, and planes. At the war’s end, people started wearing beautiful elaborate silken kimonos again. They represented vanishing traditions and were transformed into the symbolic national costume of Japan, becoming its visual icon.

While hundreds of years ago it was considered an everyday garment, today’s beautiful silk kimono is reserved for special occasions.

Paris’ House of Worth did a beauty of a kimono-type coat dating back to the early 1900s.

I was quite surprised by just how big most kimonos are—in both length and width. Most Japanese women are small, as am I. Looking at the kimonos with an eye to estimating how one would fit me, I decided that an average size one could be wrapped around me at least four or five times and the train would drag behind me by a few feet.

I have two short robes that are modeled after the kimono that I wear as dresses. The first is above-the-knee and it is black cotton with orange embroidery on the back and the pockets. I bought it in Chinatown. The second is black-and-white printed silk, also short.

They are meant to be worn as robes, but they are so pretty and fit so well that I wear them as dresses. I pin the bodice closed with a decorative pin and cinch the waist with a leather belt.

I bet that after seeing this exhibit many of you will be inspired to go shopping in Chinatown for your own kimono.