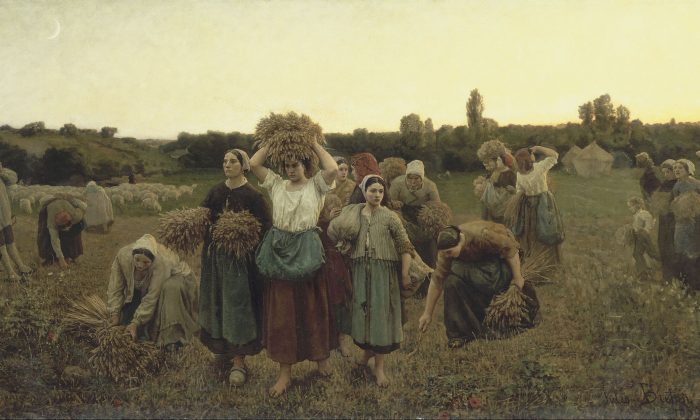 The Barbizon School and Naturalism

Unlike either classical or academic painting, in which the artist indirectly arrives at the completion of a work of art through a number of layers of paint, naturalism was a more direct painting method. The naturalist Barbizon school of painters was a group of artists who gathered between 1830 and 1870 in the village of Barbizon near Fontainebleau Forest, France.

This group of artists was known as a movement that trended toward a more impressionist, plein air approach. They worked to capture peasant life and the rural landscape. Although these artists are usually allocated to naturalism, it is important to note that they did study at the academy schools, a fact that is not often mentioned.

This group was considered a move toward realism in subject, as these artists depicted the harsher reality of difficult fieldwork and the rural environment in which the common man lived and worked.

There was also an important group of artists who were heavily influenced by the Barbizon painters called the French Naturalists, such as Léon Augustin L’hermitte (1844–1925), Pascal Adolphe Jean Dagnan-Bouveret (1852–1929) who was a pupil of Gérôme, Jules Bastien-Lepage (1848–1884) who was a student of Cabanel, and Julian Dupré (1851–1910), which this piece will not expound upon, but are deserving of considerable study.

The Barbizon school is also credited for influencing what were to become the impressionist painters such as Claude Monet and Pierre-Auguste Renoir who used brighter primary colors, versus the earthier blended colors of the Barbizon school.