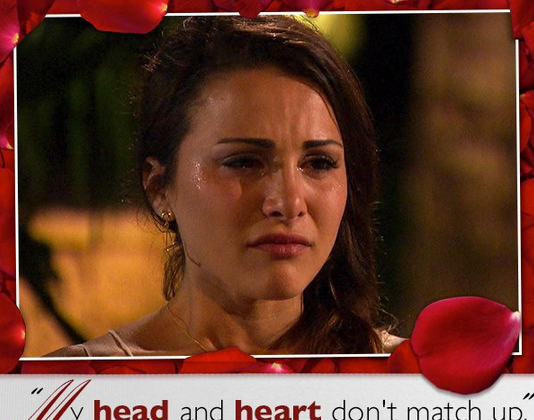 The Bachelorette 2014 is nearing the end with only three men left.

On episode 9, airing on July 14, Andi Dorfman and the men–Josh Murray, Nick Viall, and Chris Soules–travel to the Dominican Republic for overnight dates.

The big spoiler is that Chris Soules is eliminated before the overnight date portion, meaning he and Andi don’t even spend the night together, according to Reality Steve.

“The rose ceremony is just Andi giving roses to Nick and Josh, and obviously they both say yes,” he said.

ABC says that during the episode “There is electricity and passion in the air during these sand and surf excursions as Andi continues to explore what her future would be like with these potential partners. She will spend special intimate time with each of the final guys and there are possible invitations to spend the night in a ‘fantasy suite.'”

It adds that Andi makes a “stunning decision,” which could be referring to the early elimination. The official Facebook page for the show says that Andi does indeed send one of the three men packing before the fantasy suite, but doesn’t say which one.

Reality Steve is usually right about his spoilers, but ABC seems to be trying to keep people on their toes by saying in the episode description that Andi and Chris meet for a day of horseback riding in the country and also have a “hot, sensual oceanfront dinner.”

Both sources say that Andi goes on dates with Nick and Josh. Andi and Nick take a helicopter ride to an uninhabited beach on Saona Island, and later have a romantic seaside dinner.

And Andi and Josh tour Santo Domingo, mingling with locals and playing a pickup baseball game with some children.

After the finale, the After the Final Rose special will air at 10 p.m. EDT on the same night.