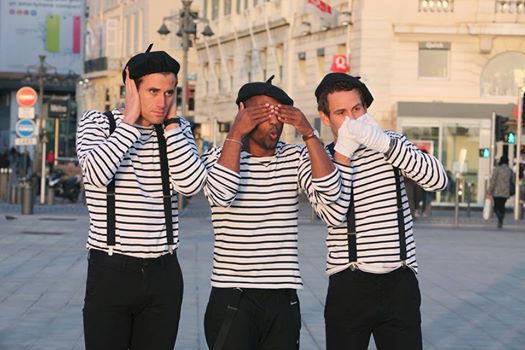 The Bachelorette returns with an all-new episode on June 16 after taking a break for a week.

The episode last week was technically new but showed little new footage. Titled “The Journey So Far,” it was basically a recap of what’s happened so far.

Episode 5 will see Andi Dorfman and the remaining contestants in Marseilles in southern France.

Josh Murray gets the first one-on-one date, and they explore the beautiful coastal city, according to the official description.

“Their chemistry is hot, but will this handsome bachelor let Andi know he is capable of a deeper relationship?”

The pair start the day browsing through local shops and picking up the makings for a romantic picnic, before boarding a private sailboat and heading for Calanques, a chain of rocky islands off the coast of France.

Later, the pair are at the Palais Longchamp, where Andi surprises Josh with a private concert by singer Ben Fields.

The group date includes nine men– Chris, Marcus, Marquel, Andrew, Pat, Nick, Dylan, JJ, and Cody–walking around France and trying to get people to mime with them after getting lessons from a professional mime. They can’t talk aloud.

The description says that there’s some trouble between some of the guys. “”As usual, the guys try their best – except for one man who has an attitude problem. At the after party, one arrogant bachelor is confronted about his overly-confident bragging that he is “frontrunner,” and Marquel calls out another man who he believes has made some reprehensible comments about him.”

JJ snuck Andi away at one point and they rode a Ferris wheel, and he ends up getting the group date rose, according to Reality Steve.

The second one-on-one date is with Andi and Brian Osborne. They watch Disney’s “The Hundred Foot Journey” in a private theater, then Andi had to make a French recipe to make for dinner–she chose to make frog legs–and they went shopping for ingredients. Afterward, they went out and got drinks.

The episode will end with Marquel Martin, Andrew Poole, and Pat Jagodzinski being eliminated in the rose ceremony, the blogger said.

The next episode, airing on June 23, will feature the men and Andi in Venice and Verona in Italy.