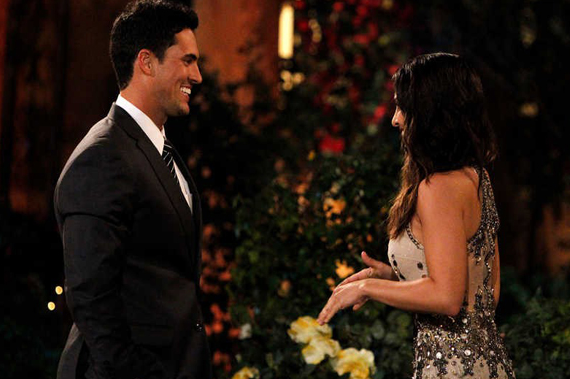 The Bachelorette 2014 Spoilers: Andi Dorfman and Winner Still Together?

The Bachelorette rumors keep flying as the show took a bit of a break this week but will continue whittling down the group of contestants next Monday.

It wasn’t a complete break, but the “special episode” that aired took a  look at the season so far and didn’t include much new material.

There are currently 11 contestants left in the pre-filmed show, and blogger Reality Steve says that Marquel Martin, Andrew Poole, and Pat Jagodzinski will be eliminated in the next episode, which airs on June 16 and takes place in Marseille, France.

Steve previously revealed that based on his sources he can say that Josh Murray wins this season and that Murray and Andi Dorfman end up engaged. He makes the winner predictions every season and is usually correct.

Because the season is all filmed before it actually airs, there’s always the question of whether the couple will stay together through the end of the season actually airing.

There are some rumors, including from gossip blog Celebrity Dirty Landry, that Dorfman and Murray’s relationship may be in trouble over alleged revelations of Murray sending Snapchat messages to his former girlfriend.

But Steve said in his most recent column that the gossip isn’t true, or at least not true enough to impact their relationship to a serious extent.

“They got in engaged in the DR on May 9 and they’re still engaged,” he told his readers.

He also curtly told a reader who questioned his prediction about the couple being engaged and Murray winning, “You’re wrong.”

For those looking further ahead, the blogger says that the next Bachelor will be Chris Soules.