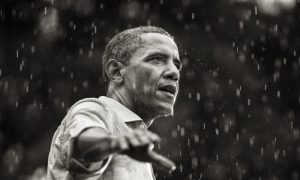 The Absolute Best of US Marine Corps Photography, Part 1

Being a photographer in the United States Marine Corps comes with incredible access. Wherever Marines are, there you are too, documenting.

Here we bring you some of the best works of Marine Corps official photographers. And as their work is extensive, there’s going to be part 2, and who knows how many more. Enjoy!

U.S. Marines were first established during the War of Independence though only two battalions of them. Over time, they’ve been involved, to a greater or lesser extent, in virtually every major armed conflict in American history.

For example, during the Spanish-American War at the turn of the last century, it was the Marines who seized a naval base in Guantanamo Bay, Cuba in 1898 and haven’t left since.

During the World War I, Marines gained reputation for their ferocity thanks to a far-sighted leadership. Expecting Japanese aggression, that Marines developed sophisticated amphibious combat techniques that became incredibly valuable during World War II, when the Marine Corps bore the main burden of the Pacific War. Little known is the fact that it was the Marine Corps, the so-called “China Marines,” who oversaw the surrender of Japan to China in 1945.

Almost 20,000 Marines laid down their lives in WWII.

The Marine were deployed in both the Korean and Vietnam wars, and fought in the Persian Gulf War, Afghanistan, and Iraq, and continue to be engaged in the War on Terrorism. Today, almost 200,000 men and women serve in active duty and 40,000 more are in reserve. On Nov. 10, 2015, Marines will celebrate their 240th birthday.