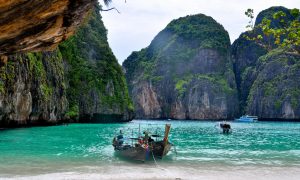 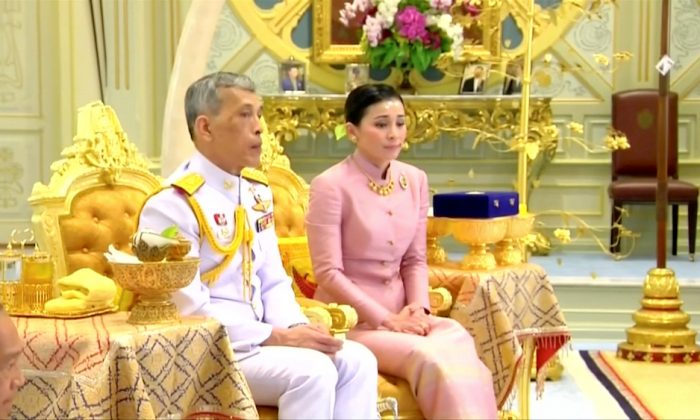 BANGKOK—Thailand has a new queen just in time for the coronation of King Maha Vajiralongkorn in elaborate Buddhist and Brahmin ceremonies this weekend in Bangkok.

The 66-year-old king unexpectedly married the deputy commander of his personal bodyguard unit on Wednesday in a surprise ceremony, giving her the title Queen Suthida Vajiralongkorn na Ayudhaya.

Suthida, 40, is expected to participate in some of the coronation events.

Here are some facts about the new queen from the palace’s household bureau, past royal decrees and media.

– She graduated from Assumption University, a private university in Bangkok, with a bachelor’s degree in communication arts in 2000, according to the Thai Rath newspaper.

– She worked as a flight attendant at Thai Airways before joining the protection unit of then-Crown Prince Vajiralongkorn.

– Criticizing or insulting her is a crime under Thailand’s lese majeste laws, which carry punishment of up to 15 years in prison. The king, queen, heir to the throne and regent are covered under the law.

– She already held the rank of general in the Royal Thai Army before her marriage, having been promoted to the position in December 2016 by King Vajiralongkorn by royal decree shortly after he took the throne following the death of his father, King Bhumibol Adulyadej.

– She made her debut on Royal News, a nightly segment about the king and his family aired on all Thai television channels, on Wednesday, hours after her wedding.

– The wedding came as a surprise to many Thais because the palace had never previously acknowledged any personal relationship between her and King Vajiralongkorn, who has previously been married and divorced three times.

– She has been awarded royal honors in 20 royal decrees, the first in 2012 when King Bhumibol awarded her the Order of the White Elephant for her “honesty, loyalty and responsibility … dedication and sacrifice” in service to then Prince Vajiralongkorn. The royal decree named her as Lieutenant Colonel Suthida Vajiralongkorn.

– During this weekend’s coronation, the king is likely to bestow his new bride with new royal titles. It is a tradition for a new monarch to grant new titles to family members.