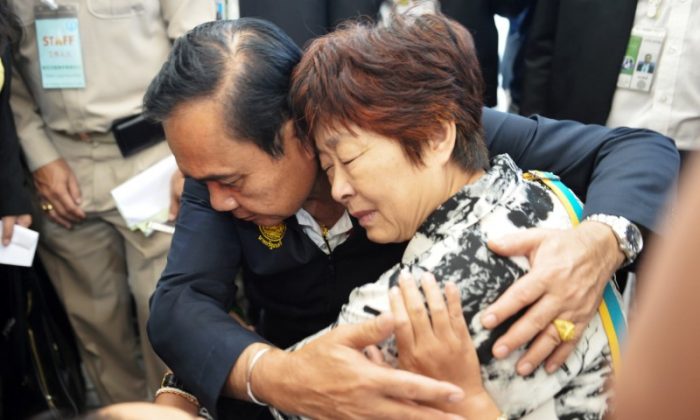 BANGKOK—A Thai government minister on July 9 blamed Chinese tour operators for the deaths of more than 40 people, most of them Chinese tourists, in a boat accident off a resort island last weekend, as divers searched for 11 people still missing.

The boat, the Phoenix, went down in high seas on July 5 off the west-coast island of Phuket with 101 people on board, including 89 tourists, all but two of them from China, and 12 crew, during an outing to a small island for snorkeling.

The death toll, which is likely to surpass 50, makes it the worst tourist-related disaster in Thailand in years and underscores long-standing concerns about the industry’s safety.

The rainy season now under way can bring fierce squalls and high seas in southern Thailand, especially off its west coast, and questions have been raised about why the boat had set out to sea despite warnings of bad weather.

“Some Chinese use Thai nominees to bring Chinese tourists in … they did not heed warnings … which is why this incident happened. This needs to be remedied,” Prawit said.

Many of those onboard the Phoenix had booked travel independently via online tour operators, the ministry said.

Earlier, authorities said the boat was carrying 105 people. They later revised the figure saying that some of those booked did not join the outing.

“We will continue the search today.”

Thailand’s tourism ministry said it would give 1 million baht ($30,202) in compensation to each family of the victims.

Tourism accounts for about 12 percent of gross domestic product in Southeast Asia’s second-largest economy, making it one of the most important drivers of growth, and such disasters inevitably raise questions about damage to the industry.

China’s foreign ministry spokeswoman Hua Chunying said on July 9 that China had asked the Thai government to expand the rescue effort, protect the rights of Chinese citizens and fully investigate the cause of the accident.

But despite accidents, political turmoil and even bomb attacks over the past decade, the tourism sector seems immune to bad headlines, earning it the nickname “Teflon Thailand”.

In August 2015, 20 people were killed, many of them Chinese tourists, in a bombing at a Bangkok shrine, the worst attack of its kind on Thai soil.