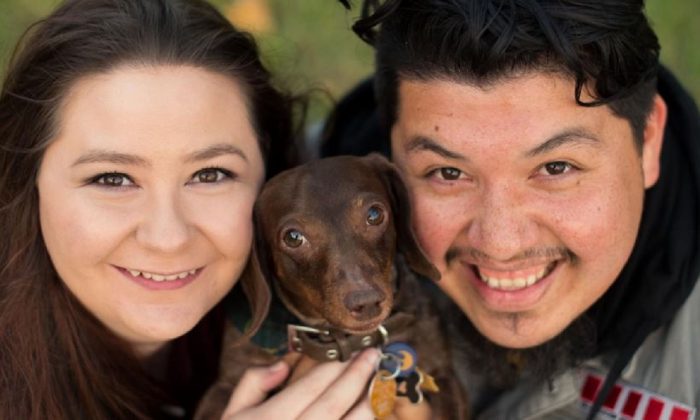 Elizabeth Barraza, 29, was shot dead while setting up for a garage sale at her house in Tomball, Texas, on Jan. 25, 2019. (Houston County Sheriff's Office)
Crime and Incidents

A Texas woman shot dead while setting up a garage sale was trying to raise money for an anniversary trip she and her husband were planning.

“I had to trade our fifth anniversary for her funeral,” Sergio Barazza, husband of the deceased Elizabeth Barraza, told reporters at a press conference on Feb. 6, reported KHOU.

“I had just left for work,” Barraza added. “I’m just so happy the last words I got to say to my beautiful wife was ‘I love you.’ And she said ‘I love you too.'”

The suspect was captured on video surveillance approaching Barazza outside her Tomball house. They speak for several moments before the suspect shoots Barazza multiple times.

The suspect, who appears to be a woman, then flees the scene in a dark-colored pickup truck. The suspect did not steal anything.

The shooting took place on Jan. 25 as Barazza set up for a garage sale. The couple was scheduled to leave on the trip just two days later.

Family members asked members of the public to come forward if they know anything while law enforcement officials said people who live nearby should check their surveillance cameras and see if a pickup truck shows up in the early morning hours of Jan. 25.

We’re asking for the public’s help in identifying the suspect responsible for fatally shooting Elizabeth Barraza. A cash reward of up to $20,000 is now being offered for any information. Please call 713-274-9100 or @CrimeStopHOU at 713-222-TIPS(8477). #HouNews pic.twitter.com/m9mSooi2Qt

Elizabeth Barraza’s husband: “I had to trade our fifth anniversary for a funeral” https://t.co/3FnLPq7BQS pic.twitter.com/9K6oFCmCBV

Elizabeth Barraza’s husband Sergio Barraza makes a tearful plea to the public to get his wife’s killer of the streets. “I had to trade our 5th anniversary for our funeral” …”We need justice for Liz” There is a 20K reward. #Abc13 https://t.co/TNAynm6mjc pic.twitter.com/Cm48jbiak2

“We will do everything possible to bring justice to Elizabeth’s killer,” Harris County Sheriff Ed Gonzalez said. “Somebody out there knows something.”

There’s a $20,000 reward for information leading to the arrest of Barazza’s killer.