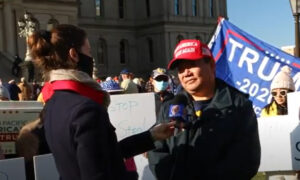 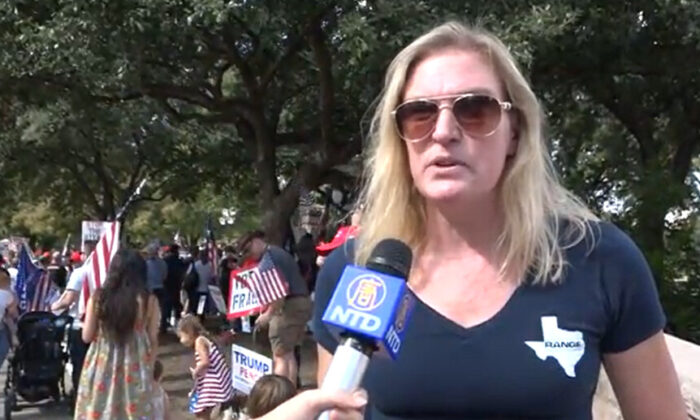 AUSTIN—Laura Magera said the media aren’t going to report on election fraud, but that doesn’t mean the American people should keep silent and let them write the narrative for the country.

“The American people need to stop being quiet. We need to speak up and let the world know that Trump didn’t lose,” Magera said at a Stop the Steal rally in Austin, Texas on Nov. 21, 2020. She said she was there to support President Donald Trump as his team takes the election to the courts.

“He’s got an uphill journey, and a climb, to try to fight back the fraud that’s going on in the election system and we just want to show up to let him know we’ve got his back,” she said. “He’s got a hard ride, he’s a fighter, and he’s got a lot of support.”

“He’s an outsider, he didn’t just go to Washington and follow all the rules that all the Democrats and Republicans have always done before him. So he goes in there and shakes things up and exposes the deep state and all the corruption that has been going, that’s the reason they’re going insane,” Magera said.

“I just want to say to Trump, we’ve got your back, keep fighting, we know you can do this, we know. We have faith. They’re not going to get away with this. There is too much at stake,” she said.