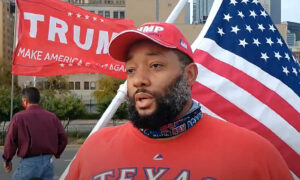 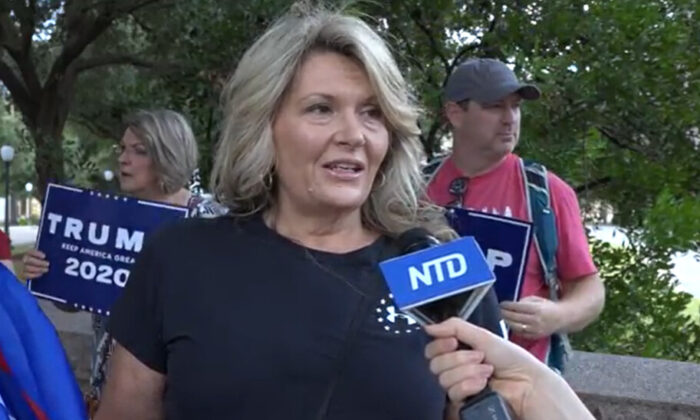 Angel Self attended a Stop the Steal rally in Austin, Texas on Nov. 14, 2020. (NTD Television)
What Voters Say

Texas Voter: ‘Speech Is Free and Should Be Free for Everybody’

AUSTIN—Angel Self traveled to her state capital to join one of many rallies happening across the country calling for election transparency.

“We’re out here today because we believe in the Constitution, we believe America should be a place for a fair and free election, for truth,” said Self in Austin, Texas on Nov. 14, 2020, at a Stop the Steal Rally.

She knew results wouldn’t come in election night: if the race was close, and no one conceded, it would be weeks before votes were certified. For her, the disappointment came when media declared a winner in the coming days.

“Most media is the enemy of the people; they manipulate, they hide, they censor,” she said.

“I have to believe that we’re under subversion,” she said.

“Trump is not establishment, he is for the people he is standing for us, and he is trying to rid of corruption, and corruption fights back hard,” Self said.

“I believe speech is free and should be free for everybody,” she said.

The organizers of the Stop the Steal March on Washington, which includes advocates from various groups, are counting over 52 rallies, many of which occurred independently of their organizing. They have since called on the public to rally every Saturday until results are certified on Dec. 14.