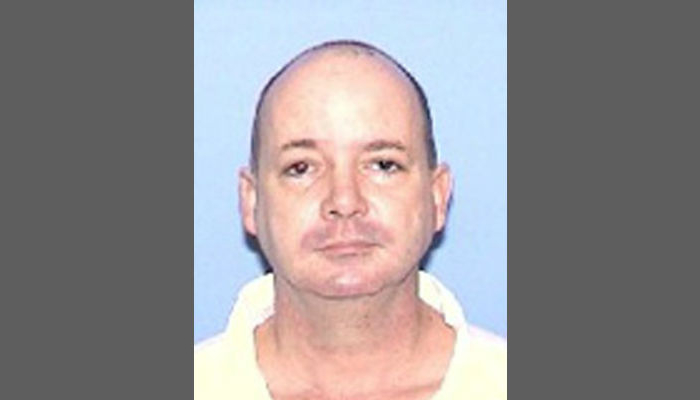 AUSTIN—In the first U.S. execution of 2018, Texas on Thursday Jan. 19 put to death a man convicted of raping and murdering five girls and young women, using a tourniquet to torture and strangle his victims.

Anthony Shore, 55, was executed by lethal injection in the state’s death chamber in Huntsville, dying at 6:28 p.m., Robert Hurst, a spokesman for the Texas Department of Criminal Justice, said by telephone.

It was the 546th in the state since the U.S. Supreme Court reinstated the death penalty in 1976, the most of any state.

Shore, whose murder spree dates back to the 1980s and 1990s, was dubbed the “tourniquet killer” for strangling his victims with handmade tourniquets, the Harris County District Attorney’s office said.

“I’d like to take a moment to say I’m sorry,” Shore said before he was executed, according to prison officials.

“No amount of words could ever undo what I’ve done,” Shore added. “To the family of my victims, I wish I could undo that past. It is what it is. God bless all of you, I will die with a clear conscience. I made my peace.”

The crimes went unsolved for more than decade until Shore was arrested for sexually molesting two of his daughters and his DNA was put on file as a sexual predator, the district attorney’s office said.

The DNA was tested against cold case files and proved a positive match in at least one case. Shore was then brought in for questioning and confessed to murdering and raping five girls and women in the Houston area, the office said.

He was convicted in 2004 and sentenced to death.

His victims included Maria del Carmen Estrada, 21, whose nude body was found in a Dairy Queen drive-through in 1992, the district attorney’s office for the county containing Houston said.

Shore had been scheduled to be put to death in October but the execution was postponed at the request of prosecutors. At the time, they were investigating whether Shore had plotted with fellow inmate Larry Swearingen to take the rap for the murder that put Swearingen on death row.