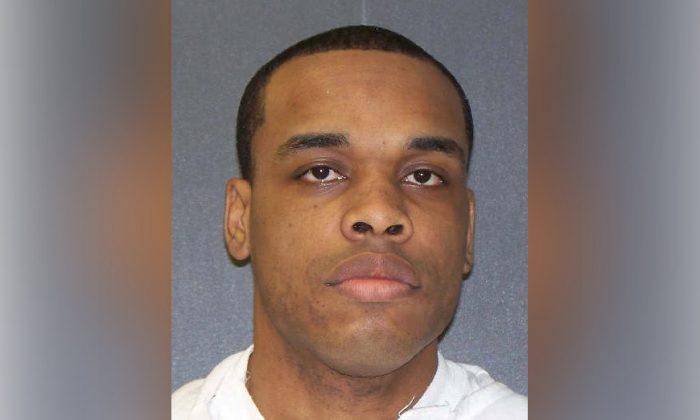 AUSTIN, Texas—Texas plans to execute a man on Tuesday convicted of murdering a store owner during a 2004 robbery despite calls from some relatives of the victim to spare the life of the inmate whom they say they have forgiven.

Texas is set to execute Christopher Young, 34, by lethal injection at 6 p.m. at its death chamber in Huntsville for the murder of Hasmukh Patel at his convenience store in San Antonio.

If the execution takes place, Young would be the 13th U.S. inmate put to death this year and the 553rd inmate in Texas to be executed since the U.S. Supreme Court reinstated the death penalty in 1976, the most of any state. Texas has carried out seven executions so far this year.

Lawyers for Young, an African-American, filed a last-minute appeal to halt his execution, arguing that race was a factor in a decision this month by the Texas Board of Pardons and Paroles to deny a request to halt the execution. Those backing clemency wanted the board to recommend a sentence of life in prison.

Texas contends Young was duly convicted and deserves to die for the cold-blooded killing that came shortly after he sexually assaulted and carjacked a woman. The parole board has not commented on its decision to deny the clemency request, which had support from the murder victim’s son, Mitesh Patel.

Mitesh Patel said Young’s contrition over the crime and his work to help others in prison were among the factors that led him and other family members to support clemency, the Texas Tribune reported.

Patel told a rally last week in support of the clemency bid that Young’s execution would not “take us toward any positive outcome.”