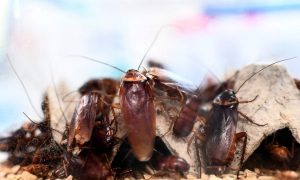 A Texas teenager was arrested Wednesday after he fatally shot his brother though a bathroom door while visiting a friend’s house, local police said.

Police officers reported to a shooting at a residence in Spring, Texas at around 6:30 p.m., Sept. 25, according to Montgomery County Sheriff’s office. After arriving at the address, officers learned that the two brothers were at a friend’s home visiting.

“One brother was handling a firearm while his brother was in the restroom,” the police statement read. “While handling the firearm, it discharged through the bathroom door striking the other brother in the torso.”

The 17-year-old male victim, whose identity remains undisclosed, was rushed to a medical center in critical condition. In a later update, the sheriff’s office confirmed that he had died due to the injury.

The victim’s brother, also 17, has been arrested and charged with tampering with physical evidence, but the sheriff’s office said the investigation is still ongoing and additional charges may be filed.

At this time, it remains unclear who owns the weapon.

Earlier this month, a 6-year-old boy in Arlington, Texas died after being shot in the head by his brother, police said.

Zain Alabiden Fadhil was rushed to hospital on Sept. 15 in “very serious condition” after his 11-year-old brother shot him in the head using a 22-caliber rifle he found in the room, reported Fort Worth Star-Telegram. He died in the hospital four days later.

Another sibling was hit and wounded by shrapnel. She was expected to be fine, police said.

Police said the incident is still under investigation and no arrest has been made.

A GoFundMe campaign has been set up that says funds will go toward the Fadhil family, helping cover their medical bills and funeral cost. The organizer of the fundraiser wrote that the brother who fired the shot has “mental developmental issues.” But police did not release any information regarding the boy’s health diagnosis.

Hours after the shooting at the Fadhils family, an 8-year-old girl was shot in the buttocks in Arlington. At the time of the shooting, the victim, another girl, and an older teenager were present. The police were told the victim accidentally sat on a gun that went off, reported the Dallas Morning News.

Initial reports indicated the shooting happened outside, but officers found a bullet hole and a spent round inside the apartment, which led the police to believe the reports might not have been true.

The weapon, which was described as an Uzi or MAC-10 equivalent, was reported stolen. It was unclear if any charges would be filed in connection to this incident.