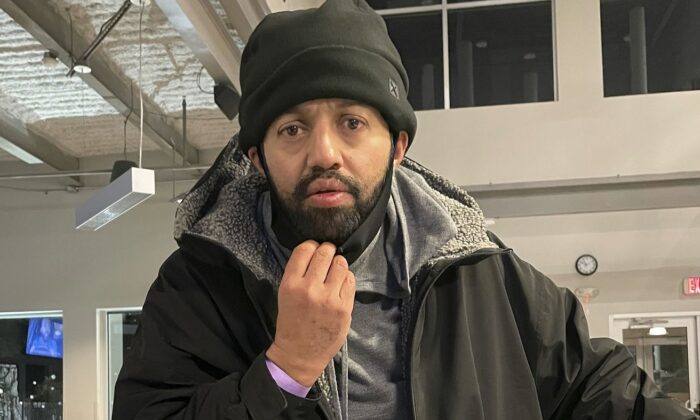 The man accused of taking hostages in a Texas synagogue over the weekend was screened before entering the United States, but the screenings raised no red flags, according to the White House.

“Our understanding—and, obviously, we’re still looking into this—is that he was checked against U.S. government databases multiple times prior to entering the country, and the U.S. government did not have any derogatory information about the individual in our systems at the time of entry,” White House press secretary Jen Psaki told reporters in Washington on Jan. 18.

Malik Faisal Akram, 44, has been identified by law enforcement as the armed man who ended up dead after U.S. authorities rushed into Congregation Beth Israel in Colleyville, Texas, on Jan. 15.

Malik Akram, a British national, was on the watchlist of MI5, the UK’s security service, according to reports from UK media outlets. Those reports stated that he was probed by MI5 as a possible terrorist threat in 2020, but the investigation was closed after officials determined that he wasn’t a threat.

Gulbar Akram, Malik Akram’s brother, told media outlets that he believes his sibling never should have been allowed to get a visa, citing the man’s mental health issues that he said were widely known.

Gulbar Akram also commented on the situation to The New York Times.

“How had he gotten into America?” he asked. “Why was he granted a visa? How did he land at J.F.K. airport and not get stopped for one second?”

Asif Mahmud, a community organizer and a friend of the family, also said Malik Akram had clearly suffered from mental health issues for a number of years.

The UK’s Home Office and the U.S. Department of Homeland Security didn’t return requests for comment and the White House didn’t provide more information regarding the situation.

“We’re certainly looking back, as I referenced, at what occurred to learn every possible lesson we can to prevent attacks like this in the future,” Psaki said.

Also on Jan. 18, UK officials released two teenagers who were arrested in England following the hours-long standoff in Texas.

Dominic Scally, one of the officials, said UK law enforcement had been in touch overnight with its U.S. counterparts. The UK officials promised to support U.S. authorities with their investigation and continue to engage in a local probe.

Few details have been released by U.S. authorities on the matter, though FBI officials said on Jan. 16 that it was investigating the incident as a “terrorism-related matter” and that Malik Akram had demanded the release of Aafia Siddiqui, a neuroscientist who’s serving an 86-year prison sentence after being convicted for attempting to murder and assault Americans in Afghanistan.