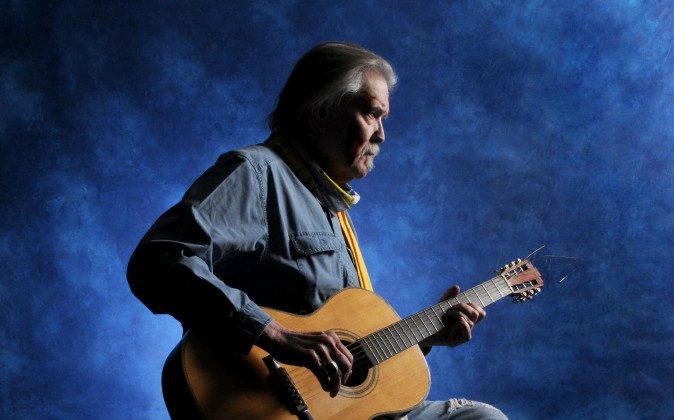 Grammy Award-winner and Nashville Songwriter Hall of Fame member, Guy Clark, died on May 17 at the age of 74.

A post on Clark’s official Facebook page confirms his passing, and gives details into the life he lived.

Clark was born in the dusty, west Texas town of Monahans on Nov. 6, 1941. He grew up playing sports, and was largely into his school life, as well as Mexican folk music and playing the Flamenco guitar.

We lost a great one today. Rest in Peace Guy Clark. pic.twitter.com/k5ikwsQWRG

After deciding against college, Clark joined the Peace Corps in 1963. He then turned down an assignment in Punjab, India, and opened up a musical repair shop in Houston.

His best-known song, “Desperados Waiting for a Train,” came after several moves to different cities and two marriages. By 1978 he was signed to Warner Brothers, landing a number one song, “Heartbroke,” in 1982.

“Clark broke into the Billboard country chart with “Homegrown Tomatoes” in 1983,” the Facebook post said. “[He] hit his stride when he signed with Sugar Hill Records in 1989, and then released a string of significant folk and Americana albums with Sugar Hill, Asylum Records and Dualtone Music Group during the next two-and-a-half decades: Old Friends, Boats to Build, Dublin Blues, Keepers, Cold Dog Soup, The Dark, Workbench Songs, Somedays the Song Writes You and his final 2013 Grammy-winning Best Folk Album, My Favorite Picture of You.”

Clark’s home became known as “a gathering place for songwriters, folk singers, artists and misfits; many who sat at the feet of the master songwriter in his element, willing Guy’s essence into their own pens,” and was also well known for being an Academy of Country Music Poet’s Award honoree.

His beloved wife Susanna, died in 2012 from lung cancer, and due to ongoing health complications, Clark stopped touring and recording around the same time.