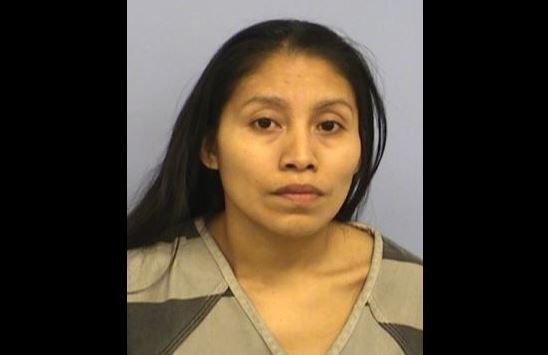 A Texas mother has admitted to beating her daughter for years after the girl was rushed to the hospital following the latest beating, according to police.

Eunice Alvarez Augusto, 30, confessed to using a variety of objects to beat her daughter for the past three years, investigators told News4.

The Austin resident said she used a leather belt, an extension cord, the heel of a cowboy boot, and even a piece of wood she believes was once a table leg, to hit the girl.

She also slapped her daughter in the face repeatedly.

The 10-year-old was rushed to the hospital after she told a Child Protective Services investigator at school on Jan. 19 about the beatings.

They said the injuries were a result of “prolonged child physical abuse,” reported KXAN.

Augusto told officers that she would hit the “out of control” girl with whatever was nearby and that she goes “blind” when disciplining her child.

Augusto said she had a bad temper and at certain points, worried that her beatings would kill her daughter.

Besides the beatings, the girl told police that her mother made her stand nude in a cold shower with buckets of ice while her mother hit her with a stick.

Doctors think the girl’s scars will lead to permanent disfigurement, and the injury to her left thigh will result in permanent swelling, reported News4.

Augusto has been charged with injury to a child, a first-degree felony.

If convicted, she would go to jail from five to 99 years depending on the sentencing.