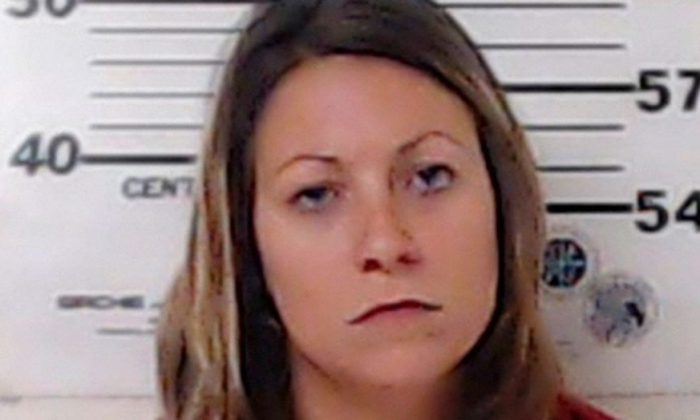 A mother in Texas was arrested and jailed after allegedly killing her young daughters just hours after police visited her home in response to a call that she was suicidal, reports said.

The girls, KayLee, 7, and Kenlie, 5, Henderson, were found dead in their Payne Springs home, Fox 4 Dallas reported on Thursday. Sarah Henderson, 29, was charged with murder in the case.

“Her husband had told EMS that she felt like people were out to get her and that’s pretty much all the information that we’ve got at this time,” Henderson County Sheriff Botie Hillhouse told the Fox affiliate. “Deputies spoke to them. Everything appeared to be fine. There [were] no signs of violence. Everybody said they were okay. Nobody was suicidal.”

Jake Henderson said he was worried that Sarah, his wife, was suicidal, prompting the emergency call. He then called back and said everything was fine, but a deputy was sent there to make sure there were no issues.

Later that evening, Jake Henderson said he woke up and found that his wife shot their daughters.

Then, Sarah Henderson tried to shoot her husband. “The pistol misfired and that’s when he was able to take the pistol away from her and call law enforcement,” the sheriff told Fox4.

Officials revealed that she had been planning the killings for two weeks. A motive is still being determined.

“The only thing she told us was that she had smoked some marijuana early in the evening,” Hillhouse told WFAA. “She was very blunt. We just don’t have any answers as to why.”

Neighbors said that they heard the woman cursing all the time at her kids.

“We could hear her yelling and cussing at the girls,” Jaylne Palmer told Fox4. “Terrible language. ‘Get you’re blah blah blah in here.’”

According to the Dallas News, when the gun malfunctioned and her husband took it from her, she implored him to shoot her. The Dallas News published excerpts from the husband’s 911 call.

“Please just shoot me,” she said.

Records show that Jake told the 911 operator that she told him: “Babe, I just shot the kids.”

As he was on the phone, he told the operator that she kept trying to take the gun away, and she was also trying to choke herself.

“Nothing’s going on, that’s what I keep telling you,” he told his wife.

“I told you that last night, you said you were fine. Why didn’t you say something?” he said.

“It’s a life-changing event for everyone—not only the family, but all the first responders that responded to the call. It’s something that you don’t ever forget,” Hillhouse said to KXAS-TV.