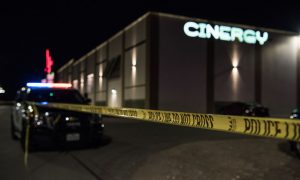 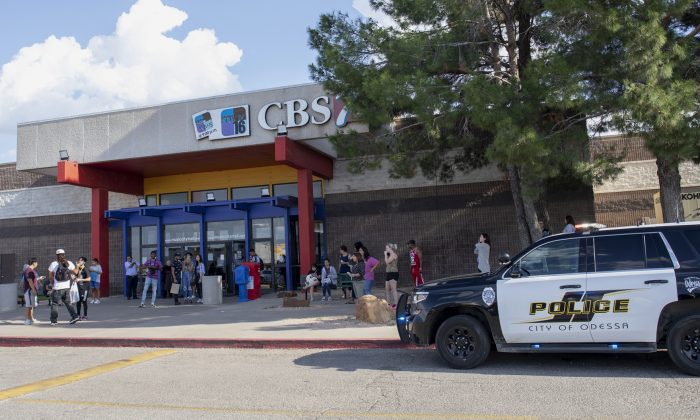 Odessa police officers park their vehicles outside Music City Mall in Odessa, Texas, as they investigate areas following a deadly shooting in the area of Odessa and Midland on Aug. 31, 2019. (Jacy Lewis/Reporter-Telegram via AP)
US News

The gunman who killed seven people and wounded 23 others in a rolling rampage across West Texas obtained an assault-style rifle despite failing a background check, state and law enforcement officials said on Monday.

The gunman, identified by police as Seth Aaron Ator, 36, carried out the shooting spree in the neighboring cities of Midland and Odessa on Saturday, a short time after he was fired from his trucking job. He called local emergency 911 responders and then an FBI tip line to make rambling statements, officials said.

In those calls, Ator did not threaten to commit violence, they said.

But he would soon go on to open fire on civilians and police officers in a roving series of shootings, at one point hijacking a U.S. Postal Service truck before dying in an exchange of gunfire with law enforcement, police said.

It was the second mass shooting in Texas in four weeks, and the state’s Republican governor, Greg Abbott, expressed frustration on Monday the suspect had a firearm.

“We must keep guns out of criminals’ hands,” Abbott said on Twitter.

Not only did the Odessa gunman have a criminal history…

…& he didn’t go thru a background check for the gun he used in Odessa.

We must keep guns out of criminals’ hands. https://t.co/vgrqcHtBtF

Ator was rejected when he tried to buy a gun and his name was run through the National Instant Criminal Background Check System, John Wester, assistant special agent in charge of the Dallas office of the U.S. Bureau of Alcohol, Tobacco, Firearms and Explosives, told a news conference.

Authorities could not immediately say how he obtained a firearm, Wester added.

It also was not immediately clear when or why he had failed the background check. Online court records showed Ator had convictions in 2002 for criminal trespass and evading arrest.

But Odessa Police Chief Michael Gerke told a news conference on Monday that Ator’s past interactions with police in that area, where the gunman lived, were not serious enough to have legally prevented him from having a firearm.

President Donald Trump over the weekend called the Odessa-Midland shooter “a very sick person,” but said increased background checks on gun buyers would not have prevented many mass shootings in the United States in the past few years.

Trump said last month he had spoken to the National Rifle Association gun rights group about closing loopholes in background checks but he did not want to take away the constitutional right to own guns.

Democrats in Congress want to close loopholes that under federal law, allow certain people to sell firearms without requiring background checks, such as in sales conducted online, at gun shows or out of their homes.

Hours after he was fired from his trucking job and 15 minutes after he called the FBI tip line, Ator was pulled over in a sedan by Texas state troopers on Interstate 20 in Midland for failing to use a turn signal, police said.

Armed with an AR-type rifle, Ator fired out the back window of his gold-colored car, wounding one trooper. Then he drove away spraying gunfire indiscriminately, the Texas Department of Public Safety said.

At one point, Ator abandoned his car and hijacked a U.S. postal van, mortally wounding the letter carrier, identified by officials as Mary Grandos, 29.

He shot seven people to death, leaving behind a trail of 15 crime scenes with 23 other people wounded in the rampage, officials said.

Three police officers were shot and wounded—one from Midland, one from Odessa, and one state trooper—all are in stable condition at hospitals.

Ator was later cornered by officers in the parking lot of a cinema complex in Odessa where he was shot and killed.

The FBI has scoured Ator’s home, Christopher Combs, special agent in charge of the FBI office in San Antonio, told a news conference on Monday.

“I can tell you the conditions reflect what we believe his mental state was going into this,” Combs said.

“He was on a long spiral of going down. He didn’t wake up Saturday morning and walk into his company and then it happened. He went into that company in trouble. He’s probably been in trouble for a while,” Combs said.

The rampage came about a month after a gunman from the Dallas area killed 22 people on Aug. 3 at a Walmart store about 255 miles west of Midland in El Paso, Texas.