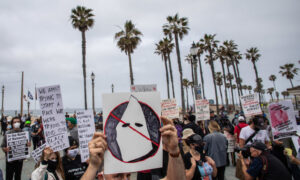 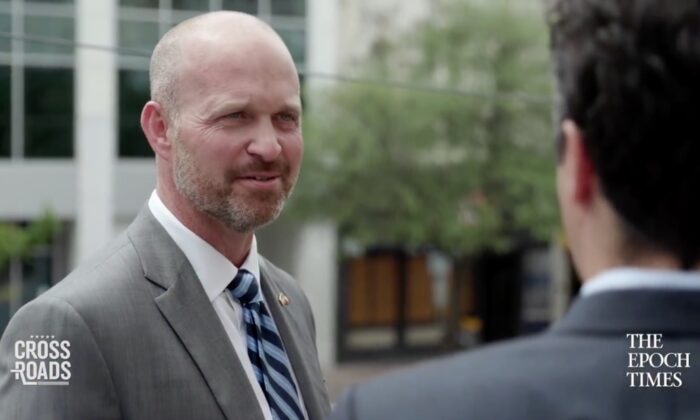 Texas Public Policy Foundation CEO Kevin Roberts told Epoch TV’s “Crossroads” program that he expects his organization will take the lead in future legal challenges to the Biden administration’s proposed new rule that seeks to fund grants for the teaching of Critical Race Theory (CRT) and so-called “anti-racist” ideas in the nation’s schools.

In a proposed rule released on April 19, the Education Department outlined new priority criteria for a $5.3 million American History and Civics Education grant, as well as exemplary materials for K-12 educators to use. Specifically, the department cited the “1619 Project,” and CRT advocate Ibram X. Kendi’s “antiracist idea” as leading examples of the kind of content it wants to use taxpayer dollars to promote in history and civics classrooms across the country.

The proposal provided for a public comment period until May 19, with Roberts saying that “the proposed rule … has some details in it that are truly radical things that I would imagine 95 percent of Americans would reject.”

The Biden administration’s proposal praises “growing acknowledgement of the importance of including, in the teaching and learning of our country’s history, both the consequences of slavery, and the significant contributions of Black Americans to our society,” but makes clear that such an “acknowledgement” would be “reflected […] in the New York Times’ landmark ‘1619 Project’” and in Kendi’s “antiracist” ideas. The proposal cites Kendi, noting that “antiracist ideas argue that racist policies are the cause of racial inequities,” which is essentially the highly contentious argument that differences in outcomes among different racial groups can be reduced to a single variable—racist policies.

Roberts said that, on the face of it, “antiracist” ideas and curricula sound like a good idea, but argued that they hide a nefarious agenda.

“Rather than classifying American students and Americans generally, for that matter, according to the color of our skin, we need to be aiming for what the Declaration of Independence inspired us to do, its aspirational vision of all men and women being equal,” he said.

“This rule would actually do the opposite. And it fuels an agenda, unfortunately, that’s much more radical than that vocabulary of antiracism would suggest,” he said, characterizing it as advocating “hatred for one another” and introducing conflict and race-based division in classrooms.

He said the type of curriculum that the proposed rule advances seeks to “define all people, including young people, according to the color of their skin—the very thing that the great patriot Martin Luther King was arguing against his entire career.”

Roberts said that, once the comments on the rule are published, he expects the Texas Public Policy Foundation to take the lead in related litigation efforts against the federal government, seeking to block adoption of the rule.

“We anticipate being the lead plaintiff against this ridiculous proposed rule,” Roberts said.

His remarks come as conservatives and Republicans across the nation are trying to prevent the teaching of CRT and related ideas in the nation’s classrooms.

After taking office, Biden reversed Trump’s September 2020 executive order and has pushed CRT training on a number of fronts.

Proponents of CRT have argued that it’s needed to demonstrate what they say is “pervasive systemic racism” and to facilitate rooting it out.

The Biden administration’s efforts have triggered widespread pushback from federal and state Republican lawmakers, conservatives, and related organizations, as well as parents.

Allen Zhong and Joshua Philipp contributed to this report.