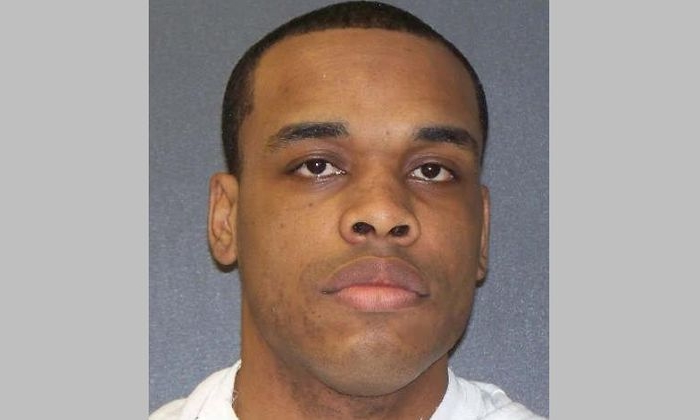 Texas executed a man on Tuesday for murdering a store owner during a robbery in 2004, despite calls from some relatives of the victim that his life be spared.

Christopher Young, 34, was put to death by lethal injection at the state’s death chamber in the city of Huntsville for the murder of Hasmukh Patel at his convenience store in San Antonio, the Texas Department of Criminal Justice said.

AP reported that Young’s final words were: “Make sure the kids in the world know I’m being executed and those kids I’ve been mentoring keep this fight going.” He also said that he wanted Patel’s family to knew he loved them “like they love me.”

According to AP, Young “never denied the slaying, which was recorded on a store surveillance camera, but insisted he was drunk and didn’t intend to kill” Patel in an “attempted robbery after drinking nearly two dozen beers and then doing cocaine that Sunday morning, Nov. 21, 2004.”

Young became the 13th U.S. inmate put to death this year, and the 553rd in Texas since the U.S. Supreme Court reinstated the death penalty in 1976, the most of any state. Prior to Young’s lethal injection, Texas had carried out seven executions so far this year.

Lawyers for Young, who is African-American, filed a last-minute appeal to halt his execution, arguing that race was a factor in the decision this month by the Texas Board of Pardons and Paroles to deny a request to halt the execution.

A U.S. district court judge and an appeals court on Tuesday rejected the petition to spare his life.

Young’s lawyers had noted that the board had recommended clemency in a similar case earlier this year that involved a white death row inmate.

Those arguing for clemency, which was backed by the murder victim’s son, Mitesh Patel, wanted his sentence commuted to life in prison.

Texas contended that Young was convicted and deserved to die for the killing, which came shortly after he had sexually assaulted and carjacked a woman.

“Young provides no direct evidence that any member of the board acted with racial animus,” Texas said in a legal filing.

The parole board has not commented on its decision to deny the clemency request.

Mitesh Patel said Young’s contrition over the crime and his work to help others in prison were among the factors that led him and other family members to support clemency, the Texas Tribune reported.

Patel told a rally last week in support of the clemency bid that Young’s execution would not “take us toward any positive outcome.”
The Epoch Times contributed to this report.