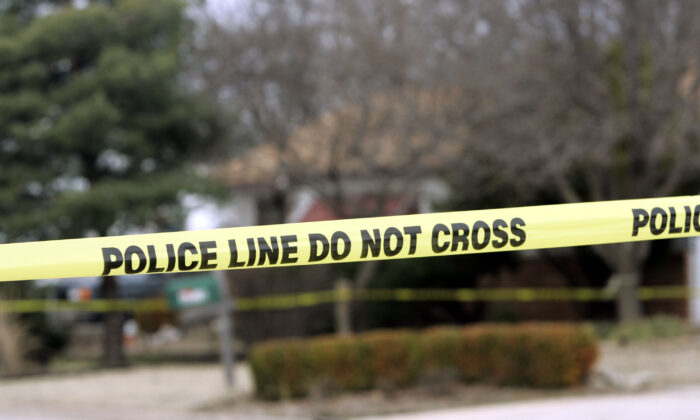 A Texas high school coach is recovering after he was attacked by a group of middle school students after class, according to the coach’s family and witnesses.

“I heard there were kids doing donuts and stuff, causing a ruckus with their dirt bikes,” student Logan Wisniewski told local media of the incident. “The coach wasn’t happy with it. He asked them politely to stop doing that. The kids weren’t having that, so they decided to jump him.”

Video footage and photos that circulated online showed the group of students, who all appear to be African-American, chasing down the coach at Langham Creek High School, which is part of the Cypress-Fairbanks Independent School District. Later, the students are seen punching the individual before he falls to the ground.

Michael Shott, an assistant baseball coach and physics teacher at Langham Creek High, was injured during the incident, his mother told ABC13.

JUST IN: Viewer pictures show a Langham Creek High School coach getting attacked by a group of kids Thursday. In a video, the coach can be seen running from the kids before they fall to the ground. #houston pic.twitter.com/J6YpCUoGlM

“He’s doing fine. He’s at home. He has a broken arm, but the kids said that he’s doing what he’s always done and he’s fine,” said Peggy Shott, his mother. “The reason it happened to him was because he was doing his job. He stopped the kids. Well, there was only one kid at first. The reason the others came back is because they didn’t like him stopping them.”

A letter sent by Langham Creek High School Principal Jose Martinez confirmed the attack that several students were identified and taken into custody.

“Our administrative team is aware of a video circulating that involves several Aragon Middle School students in an incident at Langham Creek High on Thursday, February 10th. We worked collaboratively with the Aragon administration and the [Cypress-Fairbanks Independent School District] police department to complete a thorough investigation, and the juvenile suspects were identified and taken into custody,” Martinez said.

“To preserve the integrity of the investigation, please refrain from engaging in discussions surrounding the incident with students and community members. The incident that took place is extremely unacceptable and will be disciplined according to the CFISD Student Code of Conduct,” he added.