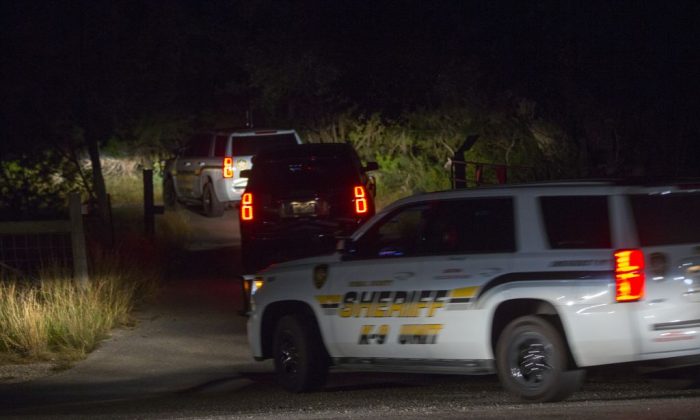 Texas Church Shooting: Man Who Chased Down Suspect Speaks Out

One of the two men who helped chase down the Texas church gunman on Sunday is speaking out.

Johnnie Langendorff is being hailed a hero for potentially preventing even more, bloodshed after the deadly shooting at the First Baptist Church in Sutherland Springs that killed at least 26 people and wounded 20 others.

Langendorff drove near the church on Sunday morning, Nov. 5, on his way to his girlfriend’s house. He said he didn’t get a good look at the shooter because he was in all black but he witnessed and heard the gunfire.

He told ABC affiliate KSAT he witnessed a neighbor exchanging fire with the gunman Devin Kelley. That neighbor, whose identity has not been revealed yet, appeared to have an AR-15 semiautomatic rifle, while the shooter was using a pistol at that point in time.

It was at that moment, Langendorff said he made the decision to track down the gunman who was fleeing the scene.

“The gentleman with the rifle came to my truck as the shooter took off, and he briefed me quickly on what had just happened, and said that we had to get him and so that’s what I did,” Langendorff told KSAT.

Langendorff said he chased after the mass shooter in his car, with the armed stranger beside him.

“He just hurt so many people, and he just affected so many people’s lives,” Langendorff told KSAT. “Why wouldn’t you want to take him down?”

The pair chased after Kelley, hitting 95 mph as they followed the SUV driven by the shooter. Langendorff stayed on the phone with dispatch as they drove, giving them updates on their location and direction as they were getting closer and closer.

Langendorff said the chase covered 11 miles before Kelley’s car crashed and law enforcement arrived at the scene. According to KSAT, Kelley appeared to lose control of his SUV near the intersection of Hartfield and Sandy Elm roads.

“It’s like he just gave up. He just kind of went off in the ditch, hit a hay bale from what I could see, and then he just never moved after that,” Langendorff told KSAT.

“The gentleman that was with me got out, rested his rifle on my hood and kept it aimed at him, telling him to ‘Get out. Get out.’ There was no movement. There was none of that,” Langendorff added.

Langendorff also said that Kelley’s brake lights were flashing on and off.

“So he might have been unconscious from the crash or something like that,” he told KSAT. “I’m not sure.”

It took around five to seven minutes until law enforcement arrived at the scene. According to a DPS news release and Wilson County Sheriff Joe Tackitt, Kelley was found dead inside his vehicle.

A "hero here in town" heard gunshots and he got his rifle, Sheriff Tackitt describes resident who pursued gunman https://t.co/fcCJlnqE2G pic.twitter.com/HPGsqJK4M6

According to Fox News, additional weapons were found inside Kelley’s vehicle.

“It was a horrible tragedy,” Langendorff told KSAT, “but I hope the families affected can sleep a little better at night knowing that he was taken care of.”